Fans of “A Christmas Story,” rejoice!

The owners of the famed Cleveland, Ohio, house used in Bob Clark’s cult hit 1983 Christmas movie are now opening its doors to fans who want to spend a night sleeping in Ralphie and Randy’s twin beds.

Located at 3159 W. 11th St. in the Tremont neighborhood of Cleveland, the house was bought on eBay and refurbished by fans of the movie back in 2004.

It was turned into a museum where fans could check out the kitchen where Randy played with his food, the radio where Ralphie listened to “Little Orphan Annie,” and of course, the Old Man’s “major award.” The house had only been used for exterior shots during filming, but during the refurbishing, the interior was completely overhauled so it could be made into a near replica of the soundstage sets seen in the beloved movie. 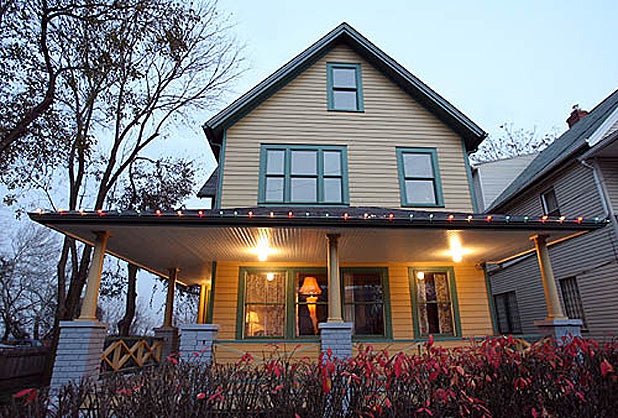 Now fans can spend a whole night in the house, Fox 32 Chicago reported, starting from a hour after it closes to the general public until 9 a.m. the next day.

Rates for the house start at $495 per day during the summer season, but if you want to use the house during the Christmas season, it’s going to cost you a lot more than a Red Ryder BB Gun: from Dec. 15-Jan. 2, the rate jumps up to $1,995 per day.

For more information, check out the “Christmas Story” house’s official website here and read the full description below.

A Christmas Story House is now available year round for fans to spend the night in Ralphie and Randy’s beds. Overnight guests have use of A Christmas Story House’s private third floor loft for the entirety of their stay and use of the whole house from an hour after closing until 9 am the following day. Plenty of time to live out your favorite movie. The house can accommodate up to 6 guests per night. The loft area is equipped with a bedroom, living room, full kitchen and full bath. Sleeping arrangements include a queen bed, queen sleeper sofa and Ralphie and Randy’s twin beds. The rate for bookings begins at $495 per night and varies with the season. Please see below for a full list of seasonal rates.  Included with a stay is a free tour for all guest of A Christmas Story House & Museum, as well as dining and beverage discounts at The Rowley Inn directly across the street .