Things got very emotional during the MLB’s All-Star Game press conference on Tuesday night, when a young fan held back tears as he spoke to Clayton Kershaw. According to the 10-year-old boy, he specifically sought out the L.A. Dodgers pitcher on behalf of his late grandfather.

According to L.A. Times writer Steve Saldivar –who posted a video of the exchange between Kershaw and the boy, Blake Grice, to social media – Grice’s grandfather made a bucket list while in treatment, which included meeting Kershaw. Unfortunately, he died shortly after making the list, so his grandson completed the task for him.

The boy waited until the end of Kershaw’s press time, and was nearly missed, until one of the other journalists in the room flagged the baseball pitcher’s attention. 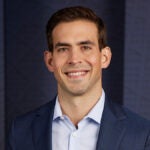 “So my grandpa loved you,” the boy told Kershaw. “He watched the 1998 Series and he wanted to meet you and Vin Scully one day. So this moment is important to me because I’m meeting you for him.”

As the boy explained why his grandfather wasn’t with him, he fought back tears, prompting Kershaw, himself a father of four, to spring up and hug the young fan, thanking him for his courage in being there and telling the story of his grandfather.

You can watch the exchange in the video above. 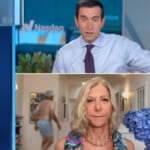