“It’s been amazing to watch Joe’s continued growth over the years developing into one of the elite broadcasters in all of sports,” Brad Zager, president of production/operations and executive producer for Fox Sports, said in a statement. “As an integral part of our coverage over the last several years, his transition onto baseball’s biggest stage is a natural fit and we couldn’t be more excited to have him as the new voice of MLB on Fox.”

Davis has been calling Los Angeles Dodgers game since 2017, succeeding the legendary Vin Scully upon his retirement. Davis, who will still call local Dodgers telecasts on SportsNet LA, will also join John Smoltz in the lead booth, alongside reporters Tom Verducci and Ken Rosenthal. His first game in his new role is Saturday, May 28 on Fox. 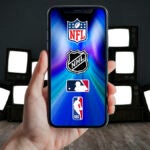 “If you had asked me when I was 10 what I wanted to do when I grew up, I would’ve told you ‘Call the World Series.’ So when I say this is a dream-come-true, I really mean it,” Davis said in a statement. “One of the best parts about this is the team I get to work with. Obviously Smoltzy…I’ve had a blast getting to know John and building such a comfort together in the booth these last few years. He, Kenny and Tom along with our producer Pete Macheska and director Matt Gangl are all superstars – the absolute best at what they do. They’ve been so welcoming to me through the years as I’ve worked more and more with their group. It’s all about the people you’re with, and I’m really lucky in that regard.”