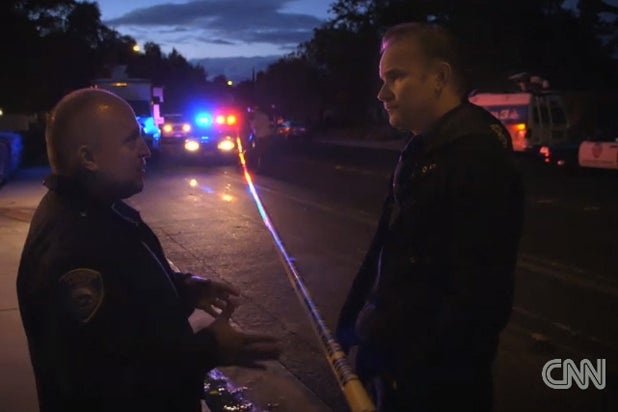 CNN has renewed “Inside Man” for a second season, the network announced on Monday.

The docuseries, which is produced and hosted by “Super Size Me”‘s Morgan Spurlock (who recently directed One Direction’s “This is Us” concert film), will get eight more episodes starting in Spring 2014.

Also read: Morgan Spurlock Is Your ‘Inside Man’ on New CNN Series

“Coming on the heels of a terrific first season – not to mention a successful documentary covering the world’s biggest boy band – Morgan is ready to tackle even more provocative stories on CNN,” said Jeff Zucker, President of CNN Worldwide.

“‘Inside Man’ is the perfect example of the type of program our audience is looking for when we aren’t covering the news of the day. We are happy to be continuing our relationship with Morgan and his excellent production team at Warrior Poets.”

Spurlock will tackle subjects ranging from celebrity to income disparity in the upcoming season.