“Cobra Kai” Season 4 is really pushing that whole “December” premiere date thing — and the whole “2021” thing, for that matter.

The fourth season of the “Karate Kid” sequel series will bow Dec. 31 on Netflix, a date we learned Saturday at Netflix’s inaugural Tudum event. We also got a kickass teaser trailer.

In the mini-trailer, Daniel LaRusso (Ralph Macchio) and Johnny Lawrence (William Zabka) are teaming up to take down John Kreese (Martin Kove) and take back the Valley. That doesn’t mean the former rivals are on the same page, however. 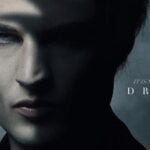 For starters, Johnny wants his students to kick “their asses so hard, they s— themselves.” Daniel-san is instead instilling a “measured and organized approach” in their joint classes. Such a square.

It won’t be an easy 2-on-1 fight, however: Terry Silver (Thomas Ian Griffith) has arrived, evening out of the odds.

Watch the teaser via the video above. There’s even a crane kick gag in Season 4 — finally.

“Cobra Kai” is written and executive produced by the trio of Josh Heald, Jon Hurwitz and Hayden Schlossberg via their production company, Counterbalance Entertainment. Will Smith, James Lassiter and Caleeb Pinkett executive produce for Westbrook Entertainment along with Susan Ekins in association with Sony Pictures Television. Macchio and Zabka also serve as executive producers.

The “Karate Kid” sequel series takes place over 30 years after the events of the 1984 All Valley Karate Tournament with the continuation of the inescapable conflict between LaRusso and Lawrence.

In “Karate Kid III,” Silver is introduced as the man who started the original Cobra Kai dojo with Kreese. Silver is even more nuts than Kreese, and goes from being Daniel’s sensei to his adversary.

“Cobra Kai,” which was recently nominated for an Emmy for Outstanding Comedy Series, has already been renewed for a fifth season. It didn’t win the Emmy Award — worthy opponent “Ted Lasso” did.