Universal Pictures will release the new film “Cocaine Bear” on Friday, Feb. 24, 2023 in theaters wide, the studio announced on Monday.

Wild as it may seem, the film is inspired by the 1985 true story of a drug runner’s plane crash, missing cocaine, and the black bear that ate it. Per the official synopsis, the thriller finds an oddball group of cops, criminals, tourists and teens converging in a Georgia forest where a 500- pound apex predator has ingested a staggering amount of cocaine and gone on a coke-fueled rampage for more blow… and blood. 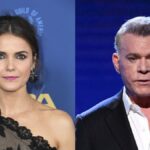 The February release date for “Cocaine Bear” puts it one week after the release of the Marvel sequel “Ant-Man and the Wasp: Quantumania” and one week before Paramount’s “Dungeons & Dragons” movie.