The question of the day: What does covfefe mean?

President Trump’s Twitter typo from Tuesday night sparked a groundswell of reactions across the internet as people debated what it meant and used the non-word in various (hilarious) sentences.

Barring news on how Trump is expected to pull out of the Paris climate accord or how he is handing out his cellphone number to world leaders, if you’re catching up with all things “covfefe,” here’s the best of the popular meme.

Urban Dictionary had the right idea, jumping in to define POTUS evening typo. Its top definition at the time of this writing, was “when you want to say ‘coverage’ but your hands are too small too hit all the letters on your keyboard.”

Meanwhile celebrities and brands hopped onto the covfefe bandwagon, whether it was to figure out its secret, help other people to understand it, or to look at Trump’s policies and react accordingly.

"And just before you serve it, you hit it with a dash of #Covfefe" pic.twitter.com/fm9CAF4Iyz

Today's secret word is #covfefe! You remember what to do when someone says the secret word, right? #screamrealloud! ???? pic.twitter.com/63fe7s8FGL

I have always depended on the covfefe of strangers

Thankfully, we can confirm #covfefe is not the source of the zombie apocalypse. https://t.co/67pusfndx7

Meanwhile former White House and President Obama photographer Pete Souza, who has been openly critical of the Trump administration, threw some shade of his own over on Instagram:

The majority of covfefe memes elsewhere went the referential route, either looking at past Trump memes (and there are many) for more context, or by looking at movie and TV shows for inspiration — including a doctored “Wheel of Fortune” board and quite a few “Arrival” references. 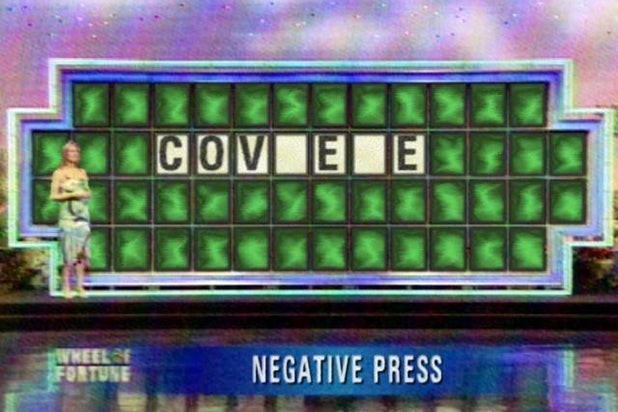 Now THAT'S funny, I don't care what side you're on #covefefe pic.twitter.com/NgyLqKm0Pm

Spicer: Look the president has been very clear on #covfefe. I think the tweet speaks for itself. I'm not going to rehash every letter today.

"I love the smell of #CovFefe in the morning" #WednesdayWisdom pic.twitter.com/XN507RWOB0

Someone leaked a picture of @Starbucks' new #covfefe frappuccino. pic.twitter.com/d3B3W35Dhy

Hello. My name is #covfefe. You killed my father. Prepare to die.

If u think you're above covfefe you're part of the probfefe

But in the end, covfefe — a meme to end all memes — is just a reflection of the man who tweeted it, whether he meant to or not.

Bad news for Trump: #covfefe is a pre-existing condition under the #AHCA. #Trumpcare