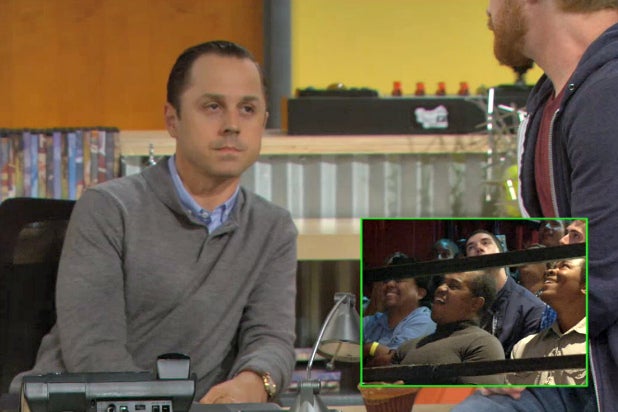 “Dads” has made plenty of noise before it’s ever even aired — though Fox wants you to know that preeminent noise at the live tapings is laughter.

Still, the new comedy, which stars Seth Green and Giovanni Ribisi as two successful 30-somethings who’s nightmarish fathers move in with them, has seemingly gotten most of its press for what some critics say are racist scenes in the pilot episode.

But what is perhaps lost in the noise is the fact that “Dads” is Fox’s only multi-camera sitcom, and therefore, the network’s only sitcom that films in front of a live studio audience. And the actors seem to love that.

Fox gave TheWrap an exclusive behind-the-scenes look with the cast and studio audience, discussing what it’s like to work in the traditional sitcom-filming style, which has all but gone away.

“The audience that’s here is excited to participate and even enjoys watching you make mistakes,” added Green. “So there’s a huge safety net.”

“Dads,” which is executive produced by Seth MacFarlane, premieres Sep. 17.