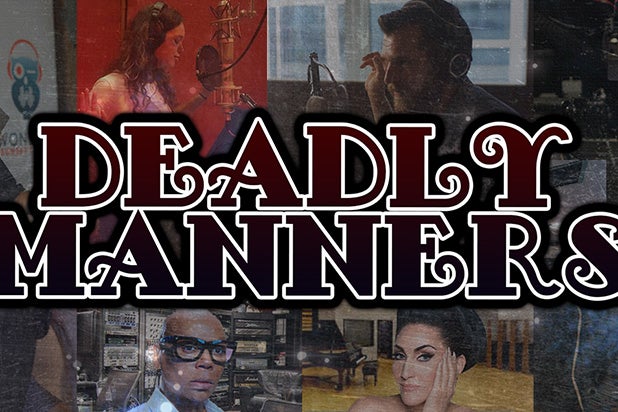 People eagerly waiting to get their Agatha Christie fix with “Murder on the Orient Express” may want to check out “Deadly Manners.”

The new fictional podcast, the latest from Paragon Collective, was announced Friday as a partnership between AMC Networks’ Sundance Now and Shudder, along with Paragon Collective. It’s set to be released on Oct. 3.

The story takes place in the winter of 1954 and features a murder that rocks the dinner party of the rich Billings family and its guests. In typical Christie style, the guests are then all trapped inside mansion and have to figure out who is killing them off.

Paragon Collective, a network that produces both fiction and nonfiction podcasts, had previously partnered with Shudder, a streaming service that focuses on horror fare. The two produced the “Darkest Night,” a horror anthology podcast starring Lee Pace. It also featured many members of the “Deadly Manners” cast including RuPaul and O’Hare.

Also Read: TV Turns to Podcasts for New Ideas, From 'Lore' to 'My Brother, My Brother, and Me'

You can get a preview by listening to the trailer below.