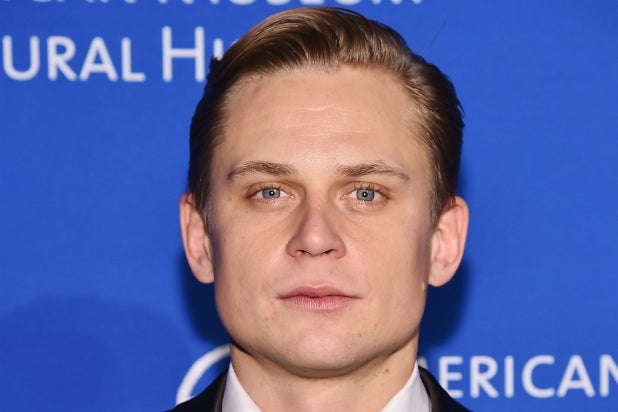 Billy Magnussen (“Into the Woods,” “Ingrid Goes West”) has been cast as Prince Anders, who was not featured in the 1992 animated film and is fresh to the “Aladdin” series. A Disney press statement describes him as “a suitor from Skanland and potential husband for Princess Jasmine.”

There were suitors in the animated movie, but they were bit comedic parts, while Magnussen gets prominent billing in Disney press materials for the movie.

There’s now concern on social media about what the move says about Disney’s promise to cast racially-appropriate actors for the movie’s main roles.

“They did not just rewrite ‘Aladdin’… just to add a white person into it??” one Twitter user asked.

“THEY WILL BEND OVER BACKWARDS TO INSERT A WHITE CHARACTER OUT OF THIN AIR,” tweeted comedian Jenny Yang.

Guys, the wrote a new part into Aladdin just so they could do this https://t.co/tY6SRk3ryZ pic.twitter.com/fzTkNsZokI

they did not just rewrite Aladdin?? Just to add a white person into it?? Right in front of my salad?? https://t.co/bmoTX8gaT2

..and currently over on the Disney live-action #Aladdin set pic.twitter.com/GDg3LEinC3

They wrote a new character in for a remake of the cartoon Aladdin…..*looks at new character* pic.twitter.com/0QuGdskP9u

Hey, @DisneyStudios. Thanks for casting Billy Magnussen in #Aladdin. Finally, white kids will have somebody to relate to in this story!

Some people felt that the move, while not whitewashing, shows that Disney doesn’t trust a cast made up entirely of people of color. Others are looking at other Disney live-action remakes like “Beauty and the Beast” and “Cinderella,” which remained close to their source material.

“This is purely a cynical effort by Disney to make ‘Aladdin’ more palatable to white viewers,” wrote another user. “It is needless and insulting to all involved.”

So millions of people have seen the Aladdin cartoon.They couldn't trust the live action to work enough without creating this?! https://t.co/ZeX9XDLGo2

This is purely a cynical effort by @Disney to make "Aladdin" more palatable to white viewers. It is needless and insulting to all involved. https://t.co/o5KYxw9ttK

This new character for #aladdin makes me sad to be white, the Aladdin world has no white people sorry but we don't need to be in everything pic.twitter.com/jaj2JWqn6m

The move also comes after it was reported that Disney had issues finding its Aladdin and Jasmine after 2,000 actors read for the parts. Internet users were confused by the delay, since according to one, “Aladdin is neither South Asian nor Arab. He is a cartoon hybrid of every racist trope.”

Don't forget that after "auditioning" thousands of ME actresses they cast a British-Indian actress, who has worked w Disney before. #Aladdin pic.twitter.com/UfiY24linW

Disney announced Wednesday that casting is complete and production is underway in London. The “Aladdin” remake also stars Will Smith, Mena Massoud, Naomi Scott and Merwan Kenzari, who respectively will play the Genie, Aladdin, Jasmine and Jafar.

“Homeland” star David Negahban will play the Sultan, along with Nasim Pedrad and Numan Acar. No release date has been set yet.