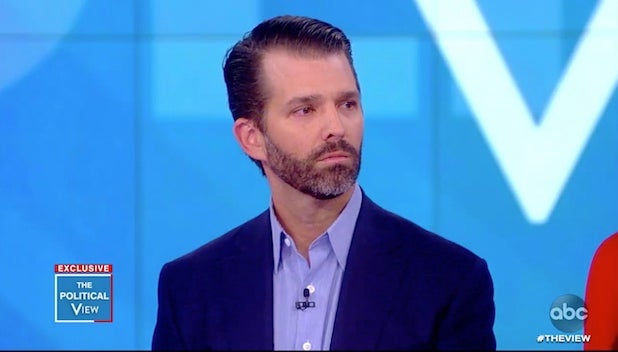 “The View” averaged 2.689 million total viewers last week, according to Nielsen. That was 6% better than the prior week and a new season-high.

Trump Jr.’s episode itself was the show’s most-watched in more than six months, with 3.021 million viewers. In addition to Trump Jr. as a special attraction, “The View” also celebrated its 5,000th episode that day.

The most recent episode of “The View” to reach a larger TV audience than Trump Jr.’s came on April 26, 2019, which was Joe Biden’s first appearance since he announced intentions to run for president in 2020. (Yes, against Donald Trump Sr.)

That same week was the last to draw more eyeballs than this one.

Also Read: That Time Joy Behar Wore 'Darker' Makeup to Dress as a 'Beautiful African Woman' in the '70s (Video)

All numbers in this story come from Nielsen’s Live + Same Day ratings metric.