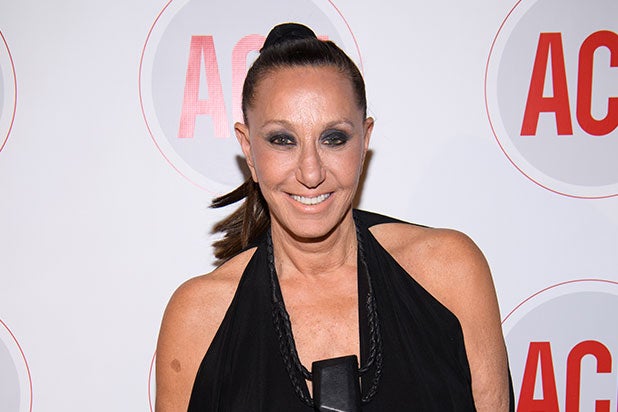 Donna Karan has apologized after she seemed to defend Harvey Weinstein amid his sexual misconduct allegations, claiming that her recorded comments  suggesting that women who claim sexual harassment are “asking for trouble” were taken “out of context.”

In a statement obtained by TheWrap, Karan said, “last night I made a statement that unfortunately is not representative of how I feel or what I believe.”

She added, “I am very sorry for what I have said. It was misinterpreted and does not represent how I feel. What I was trying to say is that sexual harassment is a pandemic and a much bigger issue than Harvey Weinstein. Sexual harassment is unacceptable. I am truly sorry to anyone that I offended and everyone that has ever been a victim.”

In a statement posted on Twitter by Huffington Post contributor Yashar Ali, Karan said, “My statements were taken out of context and do not represent how I feel about the current situation concerning Harvey Weinstein. I believe that sexual harassment is NOT acceptable and this is an issue that MUST be addressed once and for all regardless of the individual. I am truly sorry to anyone that I offended and everyone that has ever been a victim.”

During a red carpet interview in New York on Sunday recorded on video, Karan said Weinstein and his fashion designer wife, Georgina Chapman, were “wonderful” people — and that Weinstein is being treated as symbol of a larger problem.

“It’s not Harvey Weinstein. You look at everything all over the word today, how women are dressing and what they’re asking  by just presenting themselves the way they do. What are they asking for? Trouble,” Karan told the Daily Mail.

Earlier in the interview, Karan also said: “How do we display ourselves? How do we present ourselves as women? What are we asking? Are we asking for it by presenting all the sensuality and sexuality?”

Karan no longer serves as chief designer for her brand. A spokesperson for her new label and philanthropic arm, Urban Zen, did not immediately return TheWrap’s request for comment on her remarks.

On Thursday, the New York Times published an article detailing three decades of alleged sexual misconduct, including accusations that he propositioned actresses and harassed female employees.

Just days after its publication, Weinstein was terminated as co-chairman of The Weinstein Company, which he founded 12 years ago with his brother, Bob.

2. In a statement Donna Karan says her comments were taken out of context (her comments are on tape) pic.twitter.com/V5iL8ciCEC