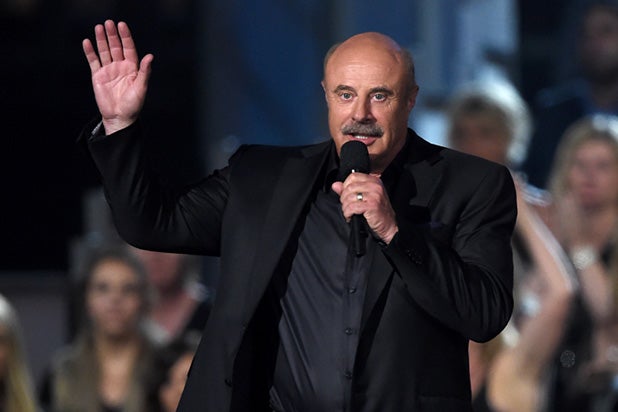 Phil McGraw, host of the daytime talk show “Dr. Phil,” will guest star on an upcoming episode of Fox’s “Grandfathered.”

The host will appear in the Nov. 3 episode as Dr. Bateman, the first doctor visited by John Stamos‘ Jimmy in more than 20 years.

The host has appeared on other scripted television shows including “The Simpsons,” “NCIS” and “Curb Your Enthusiasm,” most often playing a version of himself. McGraw also serves as host of “Dr. Phil,” the No. 1 rated syndicated talk show.

“Grandfathered” stars Stamos as a bachelor whose life is turned upside down when he discovers that he is not only a father, but a grandfather. Josh Peck also stars, with Criss Angel, Bob Saget and Dave Coulier set to guest on the series.

The freshman Fox comedy recently received six additional script orders from the network, along with its timeslot partner “The Grinder,” starring Rob Lowe.