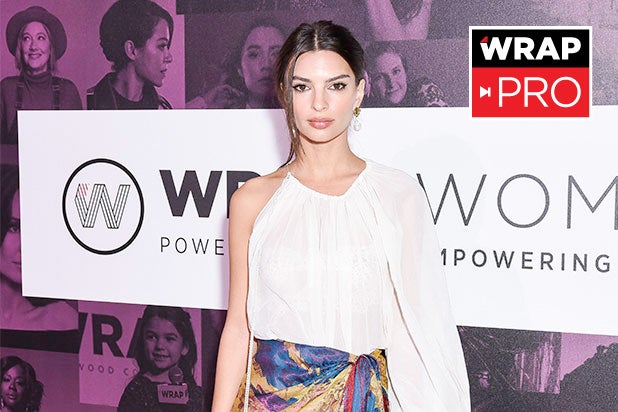 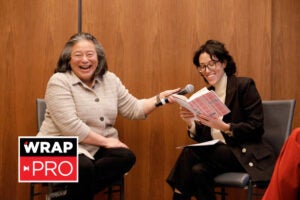 Time’s Up Defense Fund Founder Tina Tchen: ‘We Need Folks to Know They Can Be Protected’ (Video)

Emily Ratajkowski Says ‘Feminism Is Great for Everyone, Misogyny Is Bad for Everyone’ (Video)

Power Women Summit: Model and activist explains what feminism means to her and how she uses her social media platform to talk politics

In a time when the word “feminism” and its meaning is being widely debated, model and activist Emily Ratajkowski says “feminism is great for everyone” while “misogyny is bad for everyone.” She argued at TheWrap’s Power Women Summit in Los Angeles on Friday that everyone should be working together in the fight for equality, also saying that ideas about gender limit men almost just as much as women.

“I don’t want to live in a world like that, and I think it’s important to accept men,” Ratajkowski said, insisting that men also need a seat at the table on women’s rights issues. “Maybe they need to let us be the main voices, but I’m happy for them to show up and be a part of this conversation because it’s impacting them as well. I feel the same way about Black Lives Matter: We have an insane problem in our country with the police force, and I feel I need to get behind it… if I don’t, who will?”

What feminism means to different people can vary, but to Ratajkowski, it’s pretty simple.

“Fundamentally, what I believe: Feminism is about is a woman’s right to choose how they represent themselves, what they do with their bodies, what their life is going to be like, and I think that’s pretty much something that everyone agrees with if you are a feminist. I’ve hit a lot of roadblocks within feminist communities, like what happened in a second wave where people asked, ‘Do we accept pornography? Can a woman be a prostitute and a feminist?’ My answer is: absolutely, as long as it’s her choice!” added the “Gone Girl” actress. “If she’s feeling herself in a lacy thong, good for her. As a young woman, I had so many people telling me what to do with my body, making me feel embarrassed, and it was really unfortunately that some of those people were women who were trying to protect me but were at the same time actually limiting me and making me feel ashamed of my body… It’s very important to me whether you choose to cover yourself completely or be naked all the time, that it’s your choice. If you are a woman, if you are making a decision, I respect that.”

Ratajkowski spoke in the Power Women Summit breakout session with Facebook’s Crystal Patterson, who asked the model and actress whether she ever looks back on her social media posts and thinks that she should have reeled back a bit.

“To be honest, the whole editing of your history is not necessarily the right thing to do,” Ratajkowski responded. “That’s also what I believe about feminism: it’s an ongoing developing conversation, and there are probably things that I said previously that I don’t agree with now. That’s what it means to be a feminist in 2018, is to get things wrong and learn from them and have it out there so we can all grow from it… The only things I do regret is when I didn’t listen to myself.”

Ratajkowski also said she believes that the focus of 2018 has been “politically correct,” when in actuality, there are far bigger problems that can’t just be fixed with limiting language.

See Video: Alyssa Milano: Voting Is 'How We Protect Each Other'

“There is so much call-out culture and worry about being politically correct,” she said. “I grew up thinking language was everything because my mom was an English professor. That being said, we can’t limit our language — we need to be able to talk about things in an honest way and address problems that sometimes may not be PC. That’s what Bernie [Sanders] did really well and I think that’s actually what hurt Hillary [Clinton] so much: People were so critical of her words and it actually limited how she could communicate, which is so unfortunate. As people on the left, we need to learn to be able to have conversations because we limited our languages but we still have insane problems. Sexism is just as prevalent as it’s been. There are words we can’t use or outfits we can’t wear but we have to change the fundamentals that are actually problematic.”

The Power Women Summit at the Intercontinental hotel in downtown Los Angeles Nov. 1-2 is the largest gathering ever assembled of the most influential women in entertainment and media, attended and supported by studios, news organizations and non-profits across the entertainment industry landscape. It is presented by the WrapWomen Foundation, a division of TheWrap News.