The 2013 Emmy Awards are upon us, and after the predictable (and, in “Nurse Jackie” star Merritt Wever’s case, mercifully brief), acceptance speeches, the stars are heading backstage where they can deliver some real dish — in the press room, where they face reporters’ questions without the benefit of endless preparation.

As the awards roll in and the stars have their say, TheWrap brings you the best, most outrageous and most ridiculous quotes from Sunday’s winners.

On where she’ll keep her Emmy: “I’m going to sleep with it.”

On what the Emmy win means to her:”It means a ton, because I’ve lost many, many more times than I’ve won.” 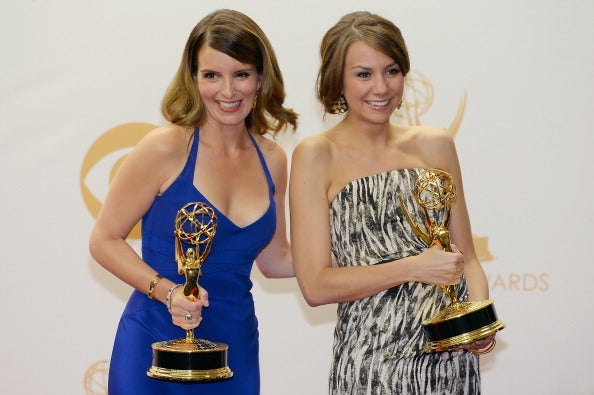 On a possible “30 Rock” reunion: “It’lll be an IMAX movie, and it will be one minute long, playing in the National History Museum.

On her blink-and-you-missed it acceptance speech for supporting actress in a comedy series: “I wanted to thank a lot of people … (pause) … ugh, it’s happening again.”

On what the Emmy win means to her:  “I don’t know yet; I’m scared, honestly. I’m scared because it’s unexpected …. I have therapy next week.”

On the abundance of Skyler-haters among “Breaking Bad” fans: “I’m glad that there are people out there that like Skyler.” 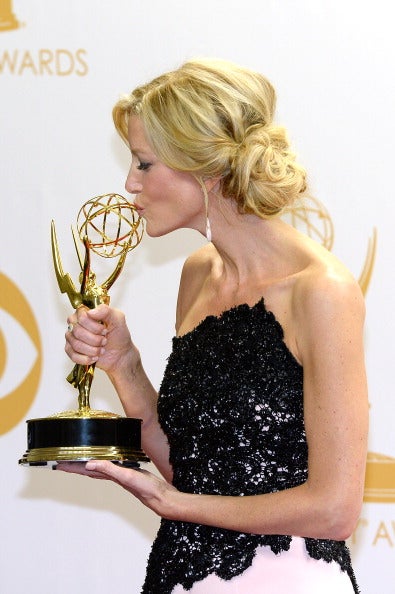 On his plans after his win: “I’m going to get on a plane to Atlanta to shoot ‘Dumb and Dumber To.’ (pause) The intellectual freefall from Will McAvoy to Harry Dunne is mind-blowing.”

Michael Douglas (Lead actor in a miniseries or movie)

On whether he had prepared his bawdy acceptance speech: “I wasn’t prepared on the response on the two-hander, the bottom and the top I thought about.”

On whether she’d be able to go out and celebrate her Emmy win with an infant son at home: “I just hope he is not going impale himself on this [statue].”

On their Emmys win: “Emmys, bitch!”

Bryan Cranston, on the series win: “This is the answer to a wish and a prayer for me. I have been blessed in the past, and this show has been nominated in the past, but what I wanted is what we got .”

Vince Gilligan, on the importance of streaming: “I think Netflix kept us on the air. I don’t think our show woud have made it past Season 2 without streaming.”

On his Emmy win: “It’s nuts; I completely left my body. It’s so surreal.”

On “The Voice”beating out “The Amazing Race”: “Considering everyone comes up to me weekly and says how much they love ‘The Amazing Race,’ it feels pretty good to beat the show I don’t actually produce.” 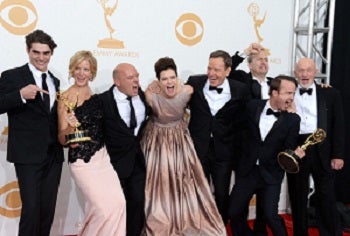 On beating “The Daily Show”: “I’m really proud of  [‘The Colbert Report’], but no one is a bigger fan of Jon Stewart than I am … Jon Stewart’s streak is not broken; he is an executive producer on this show.”

Ellen Burstyn (Supporting actress in a mini-series or a movie)

On the commotion in the press room when “Breaking Bad” won Outstanding Drama Series: “You’ve got all the great shows right now; you’re distracted, I don’t blame you.”