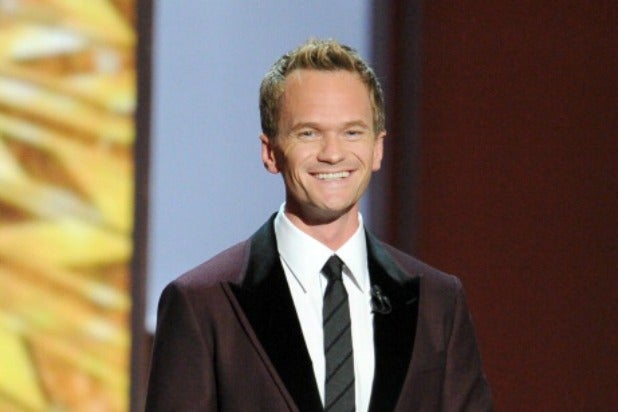 Also read: 6 Burning Questions to Ponder Before Watching the Emmys … If You Can Tear Yourself Away from ‘Breaking Bad’

Instead of a straight monologue, Emmys host Harris did a bit in which several past awards show hosts tried to coach him on how to host the 65th Emmy Awards — even though he has hosted before.

As a slew of celebrities took to the stage to offer their counsel, Kevin Spacey turned to the camera to deliver one of his “House of Cards” style monologues to the audience.

“It’s all going according to my plan,” Spacey intoned. “I was promised the hosting job this year, and they turned me down.”

He noted that all the personalities crowding the stage “couldn’t host a child’s birthday party.”

“Getting them all to sabotage Neil was almost too easy,” he added.

The show opened with Harris binge-viewing an entire season of television in one sitting. Then he took the stage to deliver a few tame jokes. He poked fun at new technology, saying television was, for younger viewers, “that thing you watch on your phones.” He also joked that he was watching an episode of “American Horror Story: Asylum” on his contact lenses.

Okay. Within moments, Jimmy Kimmel, last year’s host, started shouting encouragement from his seat. Then he joined Harris onstage to offer some advice: “Take it in, because there’s a good chance they won’t ask you back next year.”

Jane Lynch joined them, saying she wasn’t asked back to host because she’s a woman.

“Jane, come on,” said Harris. “I don’t think anyone who watched you that night thought of you as a woman.”

Then Fallon swept in to do a quick tap routine, which Harris dismissed as too gay. And Conan O’Brien popped up to remind everyone that he hosted a decade ago, when being a host still meant something.

“People had plenty of storage and they didn’t fight wars over it,” O’Brien said.

Then Spacey weighed in with his diabolical plotting. And Tina Fey and Poehler heckled from their seats, imploring Harris to drop his pants and twerk.

“It might be degrading, but we would be de-grateful,” said Poehler.