Sunday night will bring one of the biggest television events of the year – a hotly-awaited broadcast that defines the best of TV and will find avid viewers glued to their screens and lighting up the blogosphere, the Twitterverse and every other domain where pop-culture devotees congregate and mouth off.

We’re talking about the penultimate episode of “Breaking Bad,” of course.

It may be the misfortune of this year’s Emmys to coincide with the second-to-last episode of “Breaking Bad,” which is dominating TV-related conversation as its six-year, five-season run nears its grand finale on Sept. 29.

But the Emmys could also join the “Breaking Bad” juggernaut, giving Vince Gilligan’s show its first Outstanding Drama Series Emmy at the same time that the series is going out on a critical and commercial peak.

That’s one of the key storylines that will play out on Sunday night at the Nokia Theater in downtown Los Angeles. Others include the Outstanding Comedy Series category, where “Modern Family” doesn’t seem as automatic a winner as it has the last three years; the fate of “Behind the Candelabra,” which could break the record for the most Emmys ever won by a TV movie; and the outlook for Netflix’s “House of Cards,” the first streamed, not broadcast, show to be in the running for top awards.

The plots to watch:

WILL ‘BAD’ GET THE BREAKS?

Over its first five seasons, “Breaking Bad” has fared well at the Emmys. Bryan Cranston won the award for lead actor in a drama for a record-tying three consecutive years before having to sit out a year because a change in the series’ schedule made the show ineligible in 2011. Aaron Paul, meanwhile, was named outstanding supporting actor twice, making him the first actor to win twice in that category in 16 years, and only the fourth all-time.

The show was nominated for Outstanding Drama Series after its second, third and fourth seasons, and is now up again for the first half of its two-part fifth season. But it has never won, losing three times to “Mad Men” and last year to “Homeland.”

If Emmy voters want to honor the series at the end of its run, that’ll happen a year from now, when the final eight episodes currently airing will be eligible. But by August 2014, those episodes may be a distant memory in voters’ minds – meaning that the show’s best bet is to ride its current heat to a victory this year, and then hope it can use that momentum to win again next year with a body of voters who like to rerun their awards.

But the voters’ inclination to repeat themselves also helps reigning champion “Homeland,” a formidable competitor in the category. And it’s worth nothing that Emmy ballots were due on Aug. 30, before the current burst of attention for “Breaking Bad” really reached critical mass. 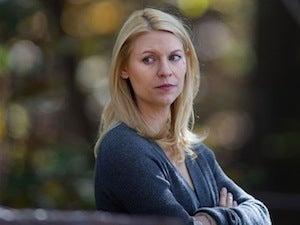 1 + 1 = WIN
Since 2000, no series has ever won the top award without being nominated for writing or directing, and 11 of the 13 winners have been nominated for both.

That’s bad news for “Mad Men,” which was shockingly shut out of both categories. “House of Cards,” meanwhile, was nominated for directing but not for writing, while “Game of Thrones” won a nod for writing but not directing.

That leaves three drama-series contenders – “Breaking Bad,” “Downton Abbey” and “Homeland” – with nominations in the two crucial categories, which presumably gives them a leg up. “Downton” and “Homeland” (left) have one nomination in each category, while “Breaking Bad” has one directing nom and two of the five writing nods. 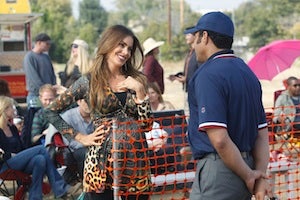 THE COMEDY WARS
Emmy voters’ fondness for streaks may be tested in the Outstanding Comedy Series category, where “Modern Family” is currently tied with “The Dick Van Dyke Show,” “All in the Family,” “The Mary Tyler Moore Show,” “Taxi” and “30 Rock” as a winner in three consecutive years. Only “Frasier” has more, with five in a row between 1994 and 1998.

Because voters are traditionally creatures of habit, and because “Modern Family” is still a hit and still one of the most respected network sitcoms, the ABC comedy could easily win a fourth straight award. But even members of the TV Academy must eventually get tired of seeing the same folks on the podium, and this year’s broadcast-network competition includes three-time winner “30 Rock” in its final season, and the well-liked “Big Bang Theory,” which can hope that the third time’s a charm in the category.

But the biggest challenge to another “Modern Family” win may come from the freshest of the nominees, HBO’s “Girls” and “Veep” and especially FX’s “Louie.” Star/creator Louis C.K. has won several Emmys in non-program categories and may have come far enough to break through and win the big one.

C.K. was nominated in nine different categories this year; he won at last weekend’s Creative Arts Emmys for writing his variety special, while Melissa Leo won a guest-actress Emmy for appearing on his show. 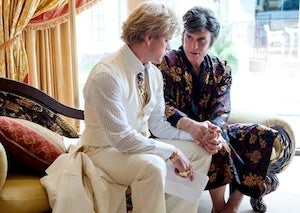 THE MOST FABULOUS EVER?
Steven Soderbergh‘s “Behind the Candelabra,” about the relationship between the flamboyant but closeted Liberace and his chauffeur/companion Scott Thorson, won eight of the nine awards for which it was nominated at the Creative Arts Emmys last Sunday.

“Candelabra” is up for six more awards on Sunday, and it is the decided favorite in most of those categories. If it wins four Emmys, it will become the most-honored made-for-television movie ever, breaking the record set by “Eleanor and Franklin” in 1976; if it wins five, it will tie “John Adams” for the most wins for a miniseries or movie. And if it wins all six, it will hold that record outright.

But there’s a catch. Two of the “Behind the Candelabra” nominations are in the same category, Outstanding Lead Actor in a Miniseries or Movie, where the film’s two stars, Michael Douglas and Matt Damon, are competing against each other. It would take an unlikely tie in the category – where Douglas is a prohibitive favorite – for the film to go six-for-six.

Five-for-six, on the other hand, is unlikely but doable: “Candelabra” is certainly a runaway favorite in the Outstanding Miniseries or Movie category, and a likely winner for directing and writing as well.

Barring upsets in those categories – or divine intercession on the part of “The Bible” – it may come down to the Supporting Actor in a Miniseries or Movie category, where “Behind the Candelabra” costar Scott Bakula faces a tough battle with James Cromwell and Zachary Quinto (“American Horror Story: Asylum”), Peter Mullan (“Top of the Lake”) and John Benjamin Hickey (“The Big C: Hereafter”). 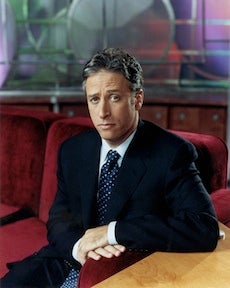 NOT THEM AGAIN
Dwarfing the paltry three-in-a-row for “Modern Family” are a couple of shows in other categories. “The Amazing Race” has won nine times in the 10 years the Outstanding Reality-Competition Program category has existed. “The Daily Show With Jon Stewart” has been named Outstanding Variety Series for 10 consecutive years, the longest winning streak for any show in Emmy history.

And every year, the same question is asked as the Emmys approach: Will somebody else win for a change? Emmy observers have figured that “The Colbert Report” is gaining momentum and will eventually dethrone its Comedy Central colleague. And that one of the performance-based reality shows will beat yet another race around the world.

But let’s face it: Emmy voters love Jon Stewart in a way they don’t love Stephen Colbert. (Is that irony thing too tricky?) And they give “The Amazing Race” degree-of-difficulty points as it goes up against programs that rarely leave a single soundstage.

Also read: Emmys: How ‘The Amazing Race’ Fights the ‘Been There, Done That’ Syndrome

So yeah, we could see new winners in one or both categories. But don’t bet the farm on it. 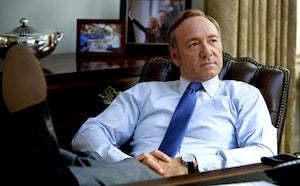 IT’S NOT TV, IT’S NETFLIX
The first competitive Emmy to be handed out in 2013 went to the casting directors of the Netflix series “House of Cards,” the first streaming series to be competing in the major Emmy categories. So if a Netflix win kicked off the Creative Arts Emmys, could more wins for the Emmy-crashing service take place on the big show on Sunday?

For a few reasons (some of them detailed above), the Beau Willimon/David Fincher series about Washington intrigue isn’t a likely winner in the Outstanding Drama Series category. This is a case where it really is an honor just to be nominated, particularly since Netflix is breaking new ground by even getting into the race.

But “House of Cards” is nominated in three other categories – and it would be crazy to count out Fincher, who was nominated for directing the first episode and is by far the biggest name in his category.

Also read: How Kevin Spacey Created a Schemer for the Ages in ‘House of Cards’

And if voters want to salute a groundbreaking series without giving it the top program award, they could always turn to Kevin Spacey, who was nominated for Outstanding Lead Actor in a Drama Series. He’s up against a formidable slate of competitors: three-time winner Bryan Cranston from “Breaking Bad,” reigning champ Damian Lewis from “Homeland,” five-time nominee Jon Hamm from “Mad Men” (who was also nominated three times for other shows, all without a single win), plus Jeff Daniels from “The Newsroom” and Hugh Bonneville from “Downton Abbey.”

Those storylines, and plenty of others, will play out over the course of three hours at the Nokia Theater on Sunday night – after which everybody in the theater will run home and watch “Breaking Bad.”

On the East Coast, meanwhile, the two will go head to head. Ordinarily, thanks to DVRs, that matchup would favor the live show. But this Sunday … well, who knows?