Many of us are still trying to digest Sunday night’s jaw-dropper episode of “Breaking Bad.” But in case the episode, dubbed “Ozymandias,” still left you wanting more, Rian Johnson has a little something extra for you. 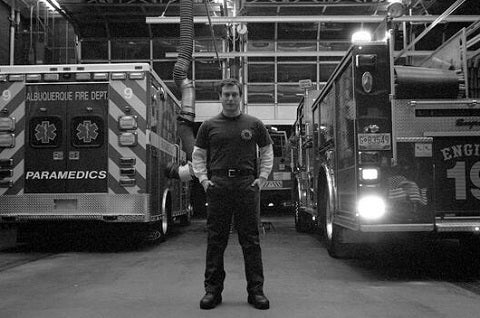 Johnson, who directed Sunday night’s episode (as well as previous “Breaking Bad” installments “Fly” and “Fifty-One”), fired up his Twitter account on Monday to share a number of behind-the-scenes shots from “Ozymandias.”

Among the photos that Johnson posted: A shot of “Breaking Bad” star Aaron Paul with Moira Walley-Beckett, who co-wrote the episode; and a picture of actor Noah Segan, who appeared in Johnson’s 2012 film “Looper” and portrayed a fireman on Sunday’s “Breaking Bad.”

Oh, and a photo of Banjo the wonder dog, for anyone who hopes to come down from last night’s relentless intensity with a picture of a cute pooch. 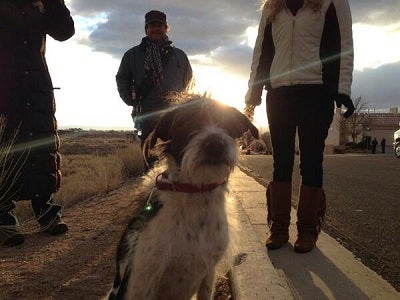 While Johnson was generous with behind-the-scenes glimpses, he was damnably tight-lipped  about details of the remaining “Breaking Bad” episodes.

Of course, he had a good excuse for his silence: He doesn’t have any concrete information.

“I know in general terms where it’s going, but I don’t know many of the details,” Johnson informed one tweeter. “Cannot wait for the next 2.”