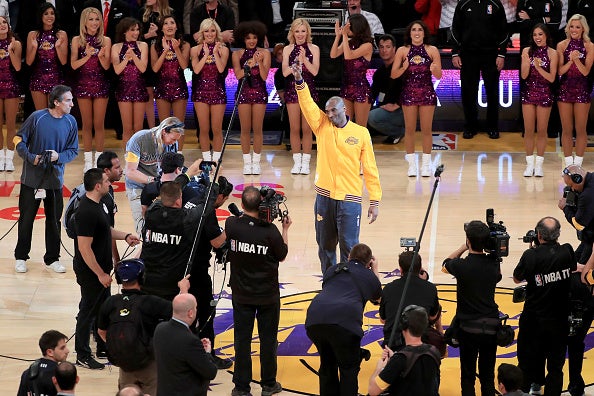 ESPN will air Kobe Bryant’s final NBA game Monday night in tribute to the Los Angeles Lakers legend, who died Sunday morning in a helicopter crash in Calabasas. The game will air at 9 p.m. ET.

In Bryant’s final game, the Lakers played the Utah Jazz April 13, 2016. He became the oldest player to ever earn 60 points in a game.

“Good Morning America” anchor Robin Roberts and ESPN and ABC News reporter Tom Rinaldi anchored the hour-long special at 10 p.m. ET Sunday. It featured reporting on the latest details of the helicopter crash that killed a total of nine people, including Bryant and his 13-year-old daughter Gianna. It also outlined the significance of his contribution to his sport as well as his cultural and philanthropic impact. The special also included interviews with basketball players and people who knew the NBA legend.

Other legends, like Michael Jordan, also paid tribute to Bryant in the hours after his death.

“I am in shock over the tragic news of Kobe’s and Gianna’s passing. Words can’t describe the pain I’m feeling,” the former Chicago Bulls player said in a statement posted to Twitter by his manager, Estee Portnoy.

The Los Angeles Lakers Instagram account posted this photo of Kobe Bryant taking his first step into retirement after his final game Wednesday. And, of course, reddit would not let it lie.