“F9,” the ninth movie in the “Fast & Furious” franchise, has gotten off to a quick start by grossing $7.1 million from 3,100 screens for preview showings beginning at 7:00 p.m. The film will open wide at 4,179 North American theaters this weekend, which is the largest theater count since the pandemic shutdown began.

Universal’s biggest blockbuster is a long time coming, being delayed from a release way back in April of 2020 due to the coronavirus pandemic. The film has already made an impressive $292 million internationally, including $203.8 million in China alone.

The hope though is that “F9” can match the performance of the “Fast” spinoff “Hobbs & Shaw,” which in its Thursday debut from 2019 made $5.8 million before ultimately opening to $60 million. That opening would be right in line with what independent trackers are guessing “F9” will do, expecting that even with pandemic uncertainty, the film will rev its way to $60 million. Universal however predicts the film will land in the $55-60 million range. 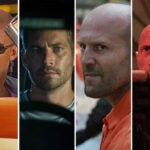 It’s not necessarily the billion-dollar-plus heights that some of the “Fast & Furious” predecessors have managed, but it could still easily represent new highs for the pandemic box office. “F9” will also be released exclusively in theaters for a window of 45 days before it moves to streaming or to premium on-demand, unlike some other recent hits such as “Godzilla Vs. Kong” that also debuted day-and-date on streaming.

“F9” sees Vin Diesel return as Dominic Toretto as he reunites his gang to take on his most personal foe yet: his long-lost forsaken brother Jakob, as played by John Cena newly joining the franchise. Justin Lin also returns to direct his third “Fast & Furious” movie from a script he co-wrote with Daniel Casey.