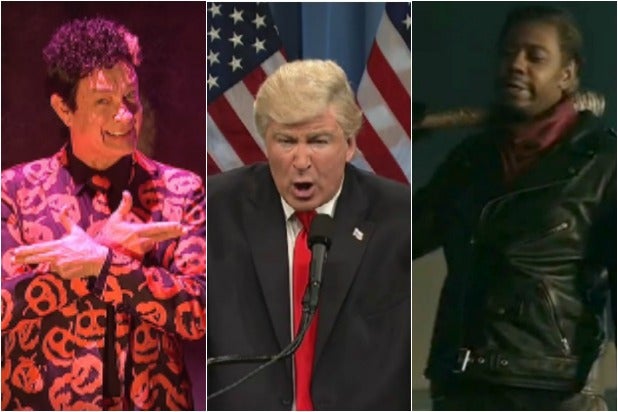 In honor of “Saturday Night Live” wrapping up their 42nd season on NBC, Twitter ran amuck with “alternative facts” about the iconic sketch comedy.

Just to set the record straight:

Ann Coulter is not Kristen Wiig’s tweaked out sister, Tom Hanks does not have final rights to all scripts and next season will not be filmed at the White House.

Here are a few other ‘SNL’ un-truths.

Donald Trump employs SNL impersonators to take over for him as President while he is golfing.#FakeSNLFacts pic.twitter.com/kgVIrSEhSm

The Moon landing was actually an SNL skit.
#FakeSNLFacts @HashFakeFacts

#FakeSNLFacts Tom Hanks has final rights to all scripts. pic.twitter.com/YCYUDFK8S0

The Wild and Crazy guys were actually pretty mellow. They started a yoga club. #FakeSNLFacts pic.twitter.com/t29FXc7YKR

Lorne Micheals has a collection of pinky toes from each past cast member. #FakeSNLFacts

Also Read: 'SNL' Finale Shouldn't Mock Trump - It Should Mock Everyone Else (Commentary)

Every time the President of the United States tweets about you at 3 AM, a comedian gets their wings. #FakeSNLFacts pic.twitter.com/MfcOJLD4aD

#FakeSNLFacts Vladimir Putin was once part of the SNL writing team. Too often only he got his humor. pic.twitter.com/pzP0NsPALo

2018 Season kicks off with co-hosts Mika and Joe . #fakesnlfacts