Doug Jones, best known for playing supernatural creatures in everything from “Stranger Things” to “The Shape of Water” and “Star Trek: Discovery,” offers up proof that he did as much work bringing the “Fantastic Four” character Silver Surfer to life as the CGI artists did.

In a new picture posted to Jones’ Twitter account, we can see Jones in a full silver bodysuit on the set of the 2007 film alongside Jessica Alba, who played Susan Storm. Akin to Andy Serkis as Gollum in the “Lord of the Rings” series, Jones’ physical presence as the Silver Surfer on set became the framework around which the CGI artists created the final version of the character in the film and which Laurence Fishburne provided the voice.

In the accompanying caption, Jones wrote that the film’s prosthetic team had to create a full body cast for him to use on set with only his eyes remaining uncovered. 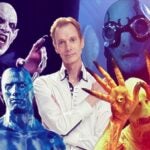 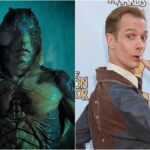 Also Read:
‘Shape of Water’ Actor Doug Jones Says Sex Toy Based on His Character Is ‘Not Exactly What I’d Hoped For’

Jones has become known among film buffs for posting plenty of behind-the-scenes pictures of his work playing all kinds of movie creatures as well as the rigorous exercises he uses to keep his 61-year-old body in shape. Last month, he posted a picture of himself on the set of “The Shape of Water,” taking a nap in his full Amphibian Man getup.