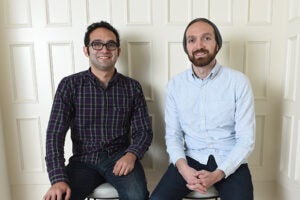 Few YouTube-born-and-bred producers go on to create studios that bridge the ever-shrinking gap between digital and traditional Hollywood. With ten years, 30 million followers on YouTube and 15 premium projects on television, including popular “REACT”  franchise, Benny and Rafi Fine (pictured) are among them.

The projects include unscripted “Co-Conspirator,” hosted by Werner (AKA “Monopoly Man“); family-reality show “Our Family Rules,” co-produced with Fly on the Wall Entertainment, which will follow blended family the Wallaces — parents Jared and Shelly and their 20 children; an immersive and interactive comedy series “Epic Night” with Eko; and “Everything’s Happened Before” — a weekly satirical news show with JASH.

“We are looking at projects that have humor with heart and incite conversation,” said Brandie Tucker, FBE’s head of alternative television. “And we want to make content that appeals to a broad audience, especially long-form that gets people talking. This new slate reinforces our commitment to creating programming that brings communities together, further realizing our vision of what the future of entertainment looks like across platforms.”

While plans for distribution weren’t confirmed, Tucker tells VideoInk (acquired by TheWrap in August 2018) that discussions for distribution across FBE and its partners’ owned-and-operated channels hasn’t been ruled out. With projects already set up with Netflix, Nickelodeon, TruTV, Freeform and YouTube Premium, Tucker says “you can’t sell without a great package”.

Benny and Rafi Fine and Tucker will all receive executive producer credits for FBE.

Jocelyn Johnson is the Director of Digital Video News and Membership at TheWrap, Jocelyn draws upon nearly 10 years as a serial entrepreneur of both services and venture-backed businesses in the entertainment industry, including VideoInk, which was acquired by TheWrap in August 2018.
x