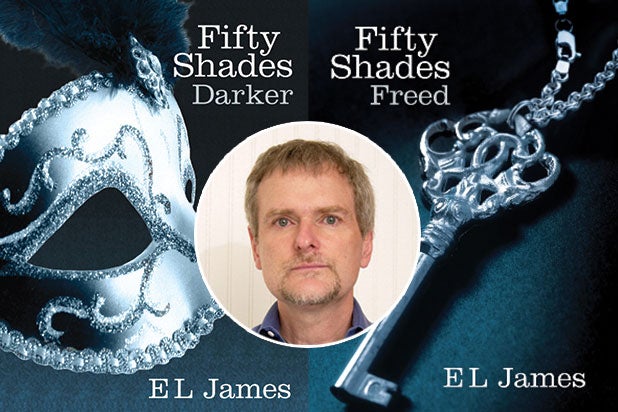 “Fifty Shades Darker” and “Fifty Shades Freed,” the sequels to E L James’ worldwide bestseller “Fifty Shades of Grey,” will shoot back to-back next year with James Foley directing both, TheWrap has learned.

Universal Pictures will release the “Fifty Shades” sequels, both of which will be adapted by Niall Leonard, the author and screenwriter who’s intimately familiar with the characters, given that he’s married to James.

The “Fifty Shades” book series blossomed into a global phenomenon, and the first film in the franchise managed to heat up theaters in February, grossing more than $560 million worldwide.

“”Fifty Shades Darker is scheduled for release on Feb. 10, 2017 and “Fifty Shades Freed” will be released on Feb. 9, 2018. The release pattern effectively establishes the month of February as a new tentpole corridor for Universal, which has timed the series to the romantic Valentine’s Day holiday.

Both sequels are currently slated to open against animated movies from Warner Bros., which will surely appeal to a different demographic than the adult-friendly “Fifty Shades” series.