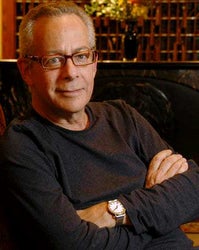 LAFF will run June 17-27, and submissions are being accepted via Withoutabox.com until Feb. 5 for short films and music videos and March 1 for feature-length narrative and documentary films.

“As a consummate movie lover, David is one of the finest critics thinking, watching and writing about movies today. To have David join our exceptional programming team is a dream come true,” said festival director Rebecca Yeldham. 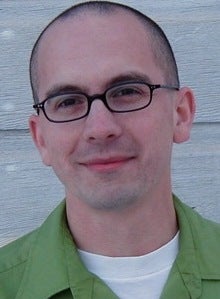 “I’m tremendously excited to join the Los Angeles Film Festival. For me, it’s a chance to put into action my many years as a movie critic at Newsweek, an experience I hope will contribute to LAFF’s success as a world-class cultural event in Los Angeles,” said Ansen.

"I like the idea of a festival film that mixes the more arcane films, the cineaste’s movies, with more mainstream movies," he told TheWrap. "My taste is pretty broad, so that’s the kind of festival I want to program."

Ansen said he was approached by Film Independent executive director Dawn Hudson and Yeldham. "The more I thought about it, the more I liked it. It seemed like a challenge," he said. "I’d have to learn a lot of skills that I haven’t used before, as well as using the ones I’m used to as a film critic.

"It will definitely make use of my sensibility as a critic, and the relationships I’ve established over the years with filmmakers and executives and distributors," he added.

Ansen was Newsweek’s movie critic from 1977 through 2008 and continues to be a contributing editor to the weekly newsmagazine. He wrote the CableACE Award-winning "All About Bette" for TNT, as well as documentaries on Groucho Marx for HBO and Elizabeth Taylor for PBS, among others.

Ansen said he has been attending LAFF for years and was a member of the documentary jury last year.

Two years ago, "I discovered one of my favorite films of the year at the festival, ‘Let the Right One In.’

"I saw a lot of documentaries there, too," he added, citing "Deliver Us From Evil." "After the screening, not only was the director there, but the people in the film who’d been molested were there.

"That’s one of the things this festival does to create added value. They turn their screenings into events where you can talk to the filmmakers. … It’s always been a very filmmaker-friendly festival, and I hope that will continue."

Finally, he said one of the reasons he wanted to come onboard was that "there’s exciting stuff going on behind the scenes that can’t really be talked about yet."