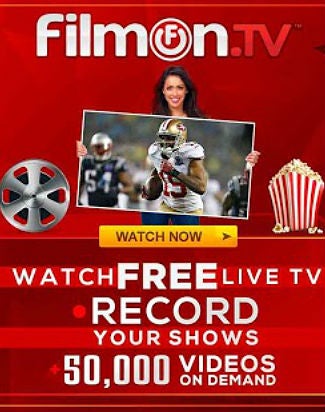 FilmOn X and its CEO Alki David got more bad news Tuesday as a federal judge in New York held them in contempt of court and ordered them to pay CBS an additional $1.35 million for failing to comply with a consent order in a suit challenging the company’s transmission of local TV stations online.

David, however, said the bad news is more likely to end up being for CBS’s lawyers than FilmOn X. He said the judge based her contempt order on a “lie” about FilmOn from CBS’s lawyers and suggested the order is likely to be quickly reversed.

CBS’s attorneys did not immediately respond to a request for comment from TheWrap.

In Washington early Wednesday, FilmOn X filed court papers saying it would appeal a judge’s ruling barring it from offering its services in much of the nation. It will also ask the judge to stay her preliminary injunction until the appeal is decided, or limit its scope to the Washington, D.C. market.

FilmOn said that the injunction’s ban on its transmitting local TV stations online from thousands of tiny individual antennas, without pay to broadcasters, would create “substantial and irreparable harm” to the company. Rival Aereo continues to offer a similar service in markets including New York, Boston and Atlanta.

David and CBS have feuded since May 2011, when he joined a coalition of artists in a suit against CBS Interactive and CNET contending that CBS’s LimeWire fueled massive copyright infringement.

Tuesday’s order by District Court Judge Naomi Reice Buchwald came less than a week after a federal judge in Washington barred FilmOn X from retransmitting TV station in all parts of the country except the Northeast. An appellate court panel has found preliminarily that Aereo’s retransmission of broadcast stations there is legal.

FilmOn X and David were sued by NBC, Fox, ABC on behalf of their broadcasting stations in a 2010 suit that echoes the networks’ complaints about Aereo: That relaying their signals online amounts to copyright infringement.

FilmOn X reached a settlement in July 2012. It agreed to pay $1.6 million and to stop any video on demand services unless it had obtained licensing agreements giving it authority to transmit films and programs.

Buchwald levied the fine Tuesday after CBS Interactive complained that the FilmOn X hadn’t complied with the terms of the agreement.

The judge said that FilmOn had failed to produce any evidence to verify its claim that it was authorized to offer the VOD programming.

David said Tuesday night that in fact FilmOn had provided the evidence, but that CBS’s attorneys never told the judge.

“We did produce a contract for VOD. CBS’s lawyers failed to produce it to the court,” he said.