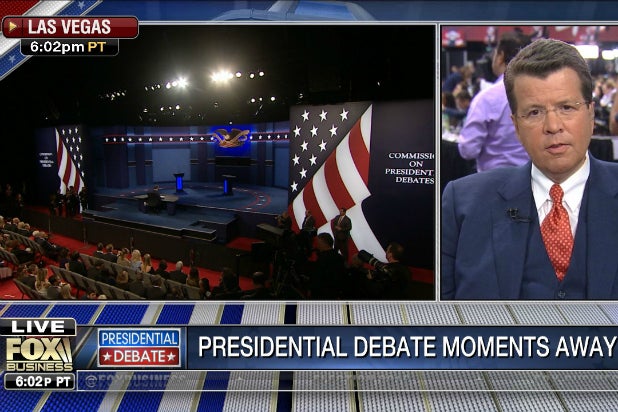 Fox Business Network viewers once-again used a presidential debate to prove that they’re among television’s most loyal TV watchers — or perhaps they just fall asleep with their sets on a lot during these things.

According to a study by the content recommendation engine Samba TV, regular Fox Business Network (FBN) viewers — meaning, they watched at least 30 minutes of it in the past 30 days — stuck with the debate the longest last night. And that’s been consistent for all three of the debates, actually.

Perhaps not surprisingly (due to crossover fandom), Fox News Channel viewers were the second-most likely to stick through each of the first two 2016 presidential debates in their entirety, the Smart TV measurement company found — though those who tend to watch MSNBC came in at No. 2 for Wednesday’s debate.

For the first Trump-Clinton debate, 40.91 percent of regular FBN viewers stayed for all 90 minutes. To be clear, that doesn’t mean they necessarily watched it on Fox Business Network — it just means they watched it somewhere (like maybe broadcast winner ABC, for example).

By the middle presidential debate, that figure had slipped to 37.07 percent for Fox Biz fans, which was still the leader in the clubhouse. Last night, a diminished but still chart-topping 6.2 percent of those FBN junkies saw the Trump v. Clinton contest all the way through.

Bloomberg fans had the worst start-to-finish last night, clocking in at a big, fat goose egg — of course, like FBN, the pool was pretty limited to begin with. The Spanish-language broadcasters’ loyalists were only a bit better, combining for just 1.34 percent that stayed from Minute 5 through Minute 90.

Previously, BET devotees had the worst hour-and-a-half retention during Debate 2 (11.23 percent); Univision and Telemundo enthusiasts’ 14.05 percent from the first fight proved the least loyal that time.

Samba TV tracks actual viewing behavior, in real time, on a second-by-second basis across 3 million households, where its technology is embedded in Smart TVs. The data is representative of all U.S. households and the percentages represent the number of televisions that were turned on during the debate last night.

The above numbers are only for national viewing.