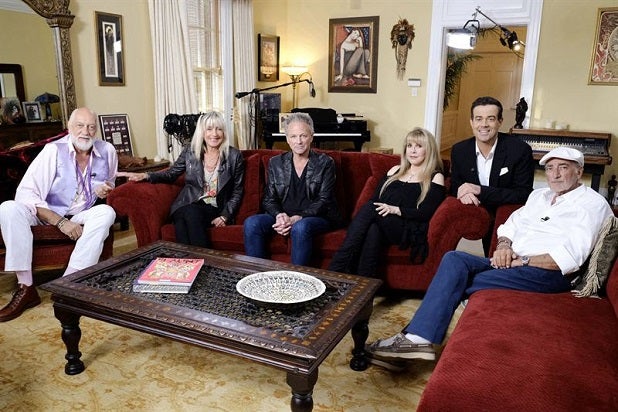 Slap that scratched-up copy of “Rumours” on the turntable and get ready to celebrate — Fleetwood Mac is hitting the road, and the group is bringing Christine McVie along.

The “Tusk” band made the announcement that McVie is rejoining the group for a tour on Thursday’s episode of NBC’s “Today,” during an interview with Carson Daly.

“Well, there’s been a lot of rumors and reports about you, Christine, and the band,” Daly asked of the reunion scuttlebutt. “So can we make it official?”

“I think that can be said with a definite capital yes, McVie replied. “Yeah.”

McVie hasn’t toured with the band since 1998. During the interview, McVie — surrounded by bandmates Lindsey Buckingham, John McVie, Mick Fleetwood and Stevie Nicks — attributed her absence from the road to a fear of flying.

However, Fleetwood began talks about reuniting after McVie joined the group onstage in London last fall to perform “Don’t Stop.”

The upcoming tour, which will start later this year, will include an Oct. 9 performance at Rockefeller Plaza in New York.

Watch the announcement below.