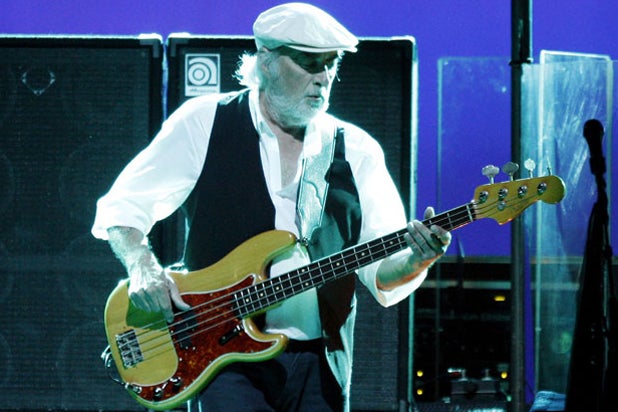 Fleetwood Mac has canceled the 14-stop Australian and New Zealand leg of its world tour after bassist John McVie was diagnosed with cancer.

Neither the type of cancer nor its prognosis was released.

Though Lindsey Buckingham and especially Stevie Nicks are the more famous members of the band’s lineup, they didn’t join until 1975 — well after McVie and drummer Mick Fleetwood founded the group in England in 1967 as a blues band.

Fleetwood Mac embarked on its current tour as a foursome, sans McVie’s ex-wife Christine McVie, who was the fifth member of the band’s most successful lineup — though she did join them on stage for a few dates in London.