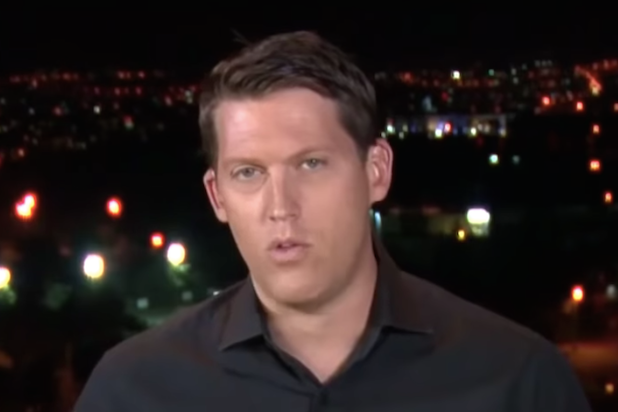 Fox News foreign correspondent Conor Powell has left the company after nine years with the network. The Jerusalem-based journalist announced the news in a brief statement on Facebook on Friday and said he would return back to the United States.

“After nearly 9 years, I have decided to resign from Fox News. Those of you who have spoken to me in recent months, you will understand why I am leaving FNC,” he said. “To my many friends at the channel I wish you the best of luck.”

A rep for Fox News confirmed that Powell had left the company, but declined to comment further.

After nearly 9 years I have decided to resign from Fox News. Those of you who have spoken to me in recent months, you…

In his public post, Powell did not reveal why he had left, but an individual familiar with the matter told TheWrap that he was “uncomfortable with the direction of the news organization in recent months. Fewer news shows. More opinion shows. Less resources for reporters to report.”

The individual added, “Lots of reporters are very unhappy with directions of FNC right now.”

It’s not the first time Fox News has faced personnel issues in its Jerusalem bureau. In October 2017, the network also parted ways with John Huddy after his sister, Juliet, spoke out against the network’s former star Bill O’Reilly.

In a statement to TheWrap at the time, Huddy trashed his former employers and suggested he was fired as retribution over his sister’s commentary.

“In my experience at FNC and to my knowledge I have never seen someone summarily fired the way I was,” said John Huddy “What I have seen is Fox renewing the contracts of people accused of sexual harassment, assault, lewd behavior and fabricating stories.”

Fox maintained at the time that John Huddy was terminated because of an unspecified “altercation” at the Barcelona airport. Huddy threatened at the time to sue the network and said no such altercation as described ever took place and called the network “a company that specializes in deceit.”