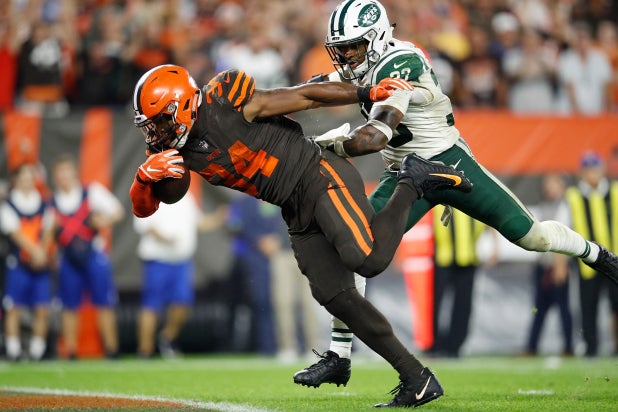 Fox kicks off its “Thursday Night Football” schedule Thursday night with the Los Angeles Rams hosting the Minnesota Vikings, and the broadcaster is hoping for better luck in the league’s so-far ill-fated attempt at creating a third primetime night.

The stakes are arguably higher for Fox compared to CBS and NBC, who have shared the “TNF” franchise the past two years. Not only did the network make the biggest financial bet — a five-year deal totaling more than $3 billion — the Murdoch-owned channel will soon be on an island after the 21st Century Fox sell-off to Disney.

During an investor conference earlier this month, 21st Century Fox’s CFO John Nallen was asked why Fox made such a big bet on “TNF,” considering that CBS and NBC both struggled to turn a profit from their games. “You have to think in the context of New Fox, which is how we acquired that asset. The NFL is an important asset of New Fox,” he said, underscoring the importance of live sports to Fox, post-Disney sale.

“Thursday Night Football” has always been a strange beast when it comes to TV rights, not tied to a single network. This is due to the NFL Network’s carriage deals with cable and satellite operators that require a certain amount of games to be exclusive to the channel. The past few years has also seen the league experiment with offering games to non-TV subscribers by having first Twitter, and now Amazon, simulcast the TV broadcast.

But the NFL’s big bet on Thursday nights hasn’t produced the Nielsen numbers they would have liked since moving the franchise over to broadcast TV in 2014. Last year’s 10 broadcast games, split between CBS and NBC, averaged a shade of 14 million viewers, paltry numbers for an NFL primetime franchise. That was down from the 15.8 million in 2016, which was buoyed by a late-season ratings surge.

But Fox, with its 11 consecutive games (excluding Thanksgiving night), is hoping for better luck. And the NFL appeared to reward the network’s pricey bet with what is arguably the strongest-looking Thursday night slate, beginning with Thursday’s game featuring a pair of NFC heavyweights: The Rams and the Vikings. Next week, Fox gets the New England Patriots vs. the Indianapolis Colts, followed by the defending Super Bowl champion Philadelphia Eagles against division rival New York Giants the subsequent week. Other games include the always highly-rated Dallas Cowboys squaring off against future Hall of Fame quarterback Drew Brees and the New Orleans Saints.

The NFL is coming off a few years of ratings declines, along with a number of PR headwinds, most notably the controversy over player protests during the national anthem, and president Donald Trump’s continued insistence on using the protests and the league’s handling of them as political fodder. Nike, the league’s official uniform maker, made Colin Kaepernick, the former San Francisco 49ers quarterback who started the protests in 2016, the face of its newest “Just Do It” campaign.

Live events, particularly the NFL, were seen as bulletproof to the cord-cutting phenomenon. However, we’ve seen that’s not the case, as ratings have declined across all of television, as changing viewer habits have eroded the traditional TV model.

But what is often lost in the narrative, is that this large-scale erosion has resulted in the NFL taking up larger share of viewers, even it’s a smaller pool. In some ways, that’s made the NFL more valuable to TV partners, since it remains one of the last true appointment TV viewings, and in turn, one of the few remaining sure bets advertisers can make these days.

“The place in the media landscape the NFL owns only becomes more valuable and we’re continuing to see that from marketers,” Mark Evans, senior VP, sales, Fox Sports, told TheWrap.

Through three weeks, Fox’s Sunday afternoon coverage is averaging 17.9 viewers, up slightly over last year’s season-to-date delivery of 17.8. Among the NFL’s main TV partners, Fox is the only one to post an audience increase so far this season. “Thursday Night Football” is also coming off its best NFL Network-only game audience since 2015, grabbing 8.6 million viewers who watched Baker Mayfield lead the Cleveland Browns to their first victory since Christmas Eve 2016.