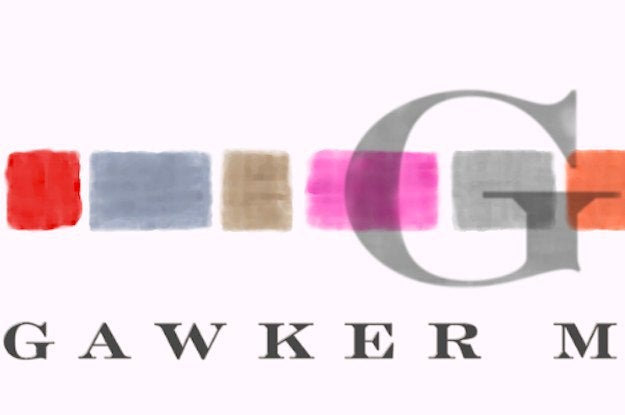 The Gawker we all love to hate is dead.

The New York Times reported on Tuesday that the website will change from relentless snark and takedowns, often at the media’s expense, to become a politics website.

Roughly 10 people will be laid off as part of the Gawker overhaul while new positions will be created.

As part of Gawker’s transformation, Gawker media will shut down offshoots like Defamer, a Hollywood gossip site and focus more on other sites, like tech-focused Gizmodo.

In a memo to staff, Gawker Founder Nick Denton told staff that the new Gawker will now “ride the circus of the 2016 campaign cycle, seizing the opportunity to re-orient its  editorial scope on political news, commentary and satire.”

He also touched on what the seven core sites under Gawker Media will focus on.

“Each is a cultural leader: Gawker for news and politics; Gizmodo for technology; Lifehacker for productivity; Jezebel for the empowered modern woman; Deadspin for sports and men’s lifestyle; Kotaku for video games; and Jalopnik for car culture. And each of these sites is known for a devoted and influential following.”

Gawker Media attracted more than 50 million unique users in the U.S. in September, according to comScore. In October, it had over 100 million globally, according to Quantcast.

In response to a request for an interview with Denton, Gawker told TheWrap, “Nick’s letting the memos speak for themselves.”

In today’s crowded and confusing digital media world, you should focus on your strengths and have a clear message for your audience. That’s especially true for a self-funded digital media company like Gawker Media Group, alone among our peers in having achieved substantial audience scale without outside capital.

We are a news company, with industry-leading advertising and technology colleagues providing critical support for our journalistic mission.

Gawker Media Group writers are committed to instigating and encouraging honest conversation about the news, interests and enthusiasms that touch people most deeply. Millions of people come to our sites to get the real story about important issues that other media organizations shy away from.

With some changes you’re hearing about today from Executive Editor John Cook, including a mix of resource realignment and new appointments, we are reaffirming our commitment to our seven core media brands with clear editorial missions.

Each is a cultural leader: Gawker for news and politics; Gizmodo for technology; Lifehacker for productivity; Jezebel for the empowered modern woman; Deadspin for sports and men’s lifestyle; Kotaku for video games; and Jalopnik for car culture. And each of these sites is known for a devoted and influential following.

For readers, especially from a skeptical digital generation, our well-known brands represent important alternatives: unrivaled islands of credibility in a distrusted media ecosystem. (Only 12% of millennials trust the media, according to a Harvard survey. I’m confident far more than that trust us.)

Together the seven Gawker Media Group properties reach 104m people a month according to Quantcast. They attract more affluent millennials on desktop and mobile web than any other pure-play digital media company other than Buzzfeed (and with its $300m in funding, they should be ahead!), according to comScore’s numbers for 18-34 year-olds with household income of more than $100,000.

Our credibility with this audience is demonstrated by growth in our innovative and successful e-commerce services. Product recommendations and advertisements will generate spending with Gawker Media Group merchant partners of an estimated $160m this year alone.

The potential of GMG’s core brands has barely been tapped. Heading into 2016, the company will pursue four main efforts:
The continued extension of the brands into lifestyle sections, product recommendations, original and branded video, and events — including online events, those at external venues and in the Studio 17 space.
Getting stories to readers of the brands on whichever platform they happen to be — including Apple News, Youtube and Facebook.
Technology investment in the design and performance of the core sites, the interactive relationship with readers and the optimization and personalization of their experience.
A reorganization of the subjects covered by the seven core properties, including new editorial direction for two of the best-known, Gawker.com and Gizmodo.
As John Cook’s memo explains in more detail, Alex Pareene’s Gawker will ride the circus of the 2016 campaign cycle, seizing the opportunity to re-orient its editorial scope on political news, commentary and satire.

Politics, writ large, has provided the scene for some of Gawker’s most recognized editorial scoops, such as the exposure of Toronto’s crack-smoking mayor, the bullying power of Fox News, the first questions about Hillary Clinton’s private email address and the jet-set partying of Bill Clinton with a convicted pedophile.

Is there any doubt that the 2016 US presidential election campaign, a contest between reality-defying fabulists and the last representatives of two exhausted political dynasties, will provide rich new opportunities for sensation and satire?

I can appreciate the wonky contrarianism of Ezra Klein’s Vox.com and high-metabolism micronews from Ben Smith‘s Buzzfeed Politics. But, more than any other facet of the American system, the politico-media blob begs puncturing by some sharp Gawker wit and probing by Gawker’s inquisitive journalists.

Gizmodo, now including cultural coverage from io9, will also be significantly overhauled. I am happy to announce that Katie Drummond, formerly of Bloomberg and The Verge, will be starting on November 1 as Editor-in-Chief of the flagship technology property.

With the traffic success of recent news explainers as well as appetite among sponsors for The Making Of
and other pilots, Gizmodo will commission, curate and distribute more original video — as will our three
other brands most closely related to technology and lifestyle, Lifehacker, Kotaku and Jalopnik.

As always, we will remain nimble enough to reorient properties, evaluate experimental sections and redeploy resources where needed to fuel growth.

In addition to new investment in the seven core brands, we are advertising two new positions at
Adequate Man, Deadspin’s highly successful men’s lifestyle section. (The coverage of Kevin Johnson and Greg Hardy has the main site’s reputation riding higher than ever. Deadspin will be the first of the GMG titles to join Apple News.)

Jezebel is planning an equivalent lifestyle section covering health, beauty, and self-care under the direction of a new section editor being advertised today. Sean MacDonald, Jalopnik’s Lanesplitter columnist, will come on full-time to drive the car site’s motorcycle section.

At the same time, we will say goodbye to several other sections including Morning After, Valleywag and Defamer — the TV roundup, and technology and entertainment gossip sections of Gawker — which no longer jive with the flagship’s remit of news and politics.

On the technology front, we will no longer seek to develop Kinja as an open blogging platform, given the competition that exists from technology companies devoted entirely to that challenge. Work will continue, with full focus on improving the writer and reader experience on the seven media brands along with providing relevant advertising and story recommendations.

Kinja supports some of the most active and intelligent commenting communities on the web; that is key to the depth of reader engagement on Gawker Media Group properties, and to the appeal of brands such as Lifehacker and Deadspin.

To the staff, and to new hires coming in, I can offer a company with a more rigorous strategy and a clearer identity.

We instigate an honest conversation about the news, interests and issues that touch people most deeply. That’s our distinctive mission. In today’s digital media landscape, to today’s skeptical digital generation, it matters more than ever.