Dan Glickman has called to protest my birthday post, admittedly not the friendliest thing to get on your big Six Five.

He points out that the much-discussed $246 million incentive that was cut from a Congressional package in 2009 (see below) paled in comparison to an earlier incentive worth hundreds of millions that was included in the $700 billion stimulus package passed at the end of 2008.

"We’ve had an extremely successful state, federal and legislative record," said Glickman from Washington DC, where he was on his way to the circus with his grandchildren ahead of Thanksgiving. "For whatever reason, we’ve not done a good job getting that message out."

According to the Motion Picture Association, the production incentive package represents a gain of $480 million in assistance to Hollywood for tax breaks available to producers and studios.

Those tax breaks are, apparently, available to all producers – not just the MPAA member studios – and entail applying for breaks that had been previously available to other industries, but not Hollywood. That whopping half-billion figure comes from a Congressional Budget Office estimate, and would be spread over 10 years.

The industry lobby has been reluctant to publicize this figure for fear of the political fallout to those who might be seen as handing cash to the already-wealthy entertainment industry. (Which, isn’t nearly as healthy and wealthy as it once was.)

Part of the problem of lobbying. And of not having your moguls behind you.

If verifiable, that is certainly a lot of government money to be coming to the industry – and under Bush the Younger, no less!  It has so far not been discussed by the MPAA, nor has a dollar figure been previously attached to the incentive that emerged last November.

"The later (incentive)  was disapppinting," said Glickman. "We should’ve gotten it, I grant you, but it pales in comparison with what the industry got before, in November 2008."

It’s Dan Glickman’s birthday, so we hate to interrupt his great Kansasian celebration of the big Six Five, but word has come our way of the impending search for a new chairman of the Motion Picture Association of America. 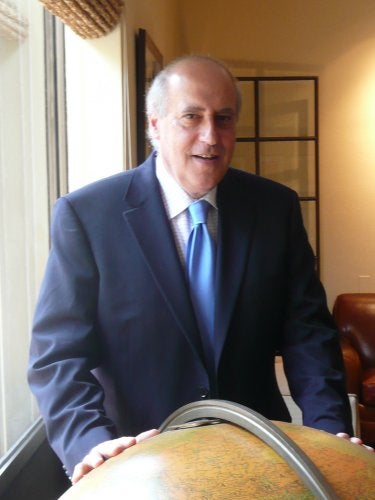 There isn’t a shortlist yet, but there are certain parameters that are guiding discussions, all of which reflect on qualities that Glickman failed to bring to his tenure at the Motion Picture Association.

Senior people involved in the association say that Glickman showed no ability to wrangle the many competing egos and personalities of the six member studios.

"He needed to lead us to consensus," said one mogul who, naturally, declined to be identified so as not to be considered impolite.

Too often, other says, Glickman would seek out the opinions of each of the studio chiefs — at Disney, Fox, Sony, Universal, Paramount and MGM — and leave it to them to decide among themselves the appropriate position or priority.

That, I am told by insiders, is not how Jack Valenti, the three-decade Texanian leader of the MPAA, would work. He would twist arms and cajole and cudgel until he got the moguls exactly where he thought they needed to be.

Secondly, Glickman did not understand the entertainment business well enough. God knows how Valenti got to understand the business at the elbow of President Lyndon Johnson, but after a couple of years, he clearly got it — securing coveted tax status for the movie industry and fending off the dreaded fin-syn rules.

Though Glickman has held the role since 2004, he is still not considered deeply rooted in the issues that concern the industry at a time of tumultuous change. Notably this year, he was criticized internally for failing to secure an additional $246 million in tax breaks as part of the government’s economic stimulus package passed in February. Instead, the measure was derided in right-wing circles as a Hollywood bailout, even though it would have given the industry the same depreciation break as other businesses.

Glickman, whose son is in the entertainment industry, is certainly a nice enough man, and an intelligent one. But at this point he is a lame duck, and he has been for quite some time. Glickman told TheWrap back in July that he probably wouldn’t renew his contract when it expired in September 2010.

The search, I am told, will get underway in earnest after the turn of the year.

MPAA’s Glickman May Step Down in 2010