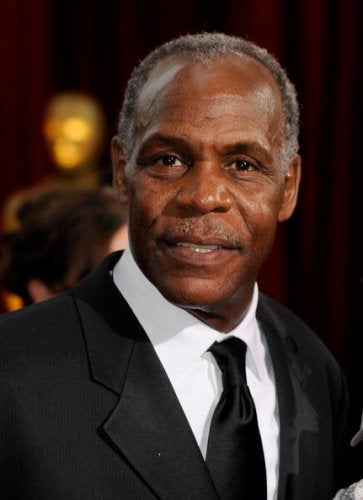 Danny Glover is asking Oscar nominees and attendees not to wear Hugo Boss to Sunday’s ceremony.

In a letter sent to nominees and presenters, the "Lethal Weapon" star asks Hollywood’s glitterati to join him in protesting the fashion company’s plans to close its Cleveland plant at the end of April.

Glover’s letter says the closure will cost more than 400 employees their jobs, but a Hugo Boss spokesperson disputed that and said the number is closer to 300.

"The workers are productive and the plant is profitable," Glover writes. "But Hugo Boss has decided it can make even more profit by moving the production to Turkey or Eastern Europe.

"Hugo Boss says it wants to expand business in this country, and the brand depends on Hollywood cachet. Please tell the world you won’t be wearing Hugo Boss on March 7."

Glover also is asking stars such as George Clooney, Morgan Freeman, Jeremy Renner and Sean Penn to wear a pin on their tuxedos reading "Keep the Hugo Boss Plant Open" as a sign of solidarity.

Glover’s move comes at the behest of the labor union Workers United, a group with which he’s been associated for years. Most recently he helped the union protest layoffs in September in Terre Haute, Indiana.

A spokesperson for Hugo Boss refused to address Glover’s letter directly, but did offer a statement contradicting some of the assertions made by Glover and the labor union.

Workers United is launching a social media campaign in addition to Glover’s appeals. It will advertise on celebrity news sites and promote an online petition through Facebook and Twitter asking fans to call on Oscar attendees not to wear Hugo Boss. It plans to deliver the signatures to Oscar guests prior to the ceremony.

Workers United plans to hand out leaflets in New York and Los Angeles in conjunction with the ceremony, though it has not been determined if protesters will congregate outside the Kodak Theatre where the Oscars will be held Sunday, a spokesman told TheWrap.