Android users will soon have to find their “sugar” elsewhere. Google has announced a series of policy changes that will, in part, prohibit apps relating to “compensated sexual relationships” on Google Play.

“As a platform we are always excited to support our developer partners, but we also work hard to provide a safe experience for users,” a Google spokesperson said of the decision. “We have updated our inappropriate content policy to prohibit apps that facilitate sexual acts in exchange for compensation following feedback we received from NGOs, governments, and other user advocacy groups concerned with user safety. This aligns our policies with other Google policies and industry norms.” 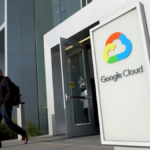 Google Play policies already prohibit apps that promote “services that may be interpreted as providing sexual acts in exchange for compensation.” The update is the wording, which expands the definition to explicitly include “compensated dating or sexual arrangements where one participant is expected or implied to provide money, gifts or financial support to another participant.”

As noted by Android Police in their original reporting, Google Play currently hosts a bevy of apps designed for coordinating these “sugar daddy” (or mommy) arrangements. Although they don’t explicitly state the expectation that the older participant pays the younger one, many apps do emphasize wealth on their services.

This Google update falls in line with a recent crackdown on online sex work from the past few years as social networking has made these arrangements more accessible. For instance, in 2018, former President Donald Trump signed the Allow States and Victims to Fight Online Sex Trafficking Act (FOSTA), a controversial bill aimed at removing content “that promotes or facilitates prostitution” in the name of fighting sex trafficking. 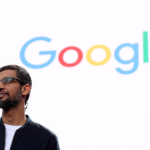