While he’s off the force, his daughter Maddie (Madison Lintz) is now a rookie cop who seems able to handle herself just fine. Her dad tells her, “You have to decide what kind of cop you want to be. It’s either a mission or it’s just a job.” Given that both her parents were cops, Maddie’s mission seems clear, if only dad can stop worrying about her working the East Hollywood beat.

In his first case as a P.I., he tries to find a potential heir for dying billionaire Whitney Vance. Along the way, he finds plenty of powerful people who would prefer the heir stay lost for good. As he shakes the Vance family tree, he uncovers “shocking revelations that span generations,” according to IMDB TV. “Bosch: Legacy” is loosely based on Michael Connelly’s 19th Bosch novel, “The Wrong Side of Goodbye.” 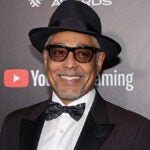