Giancarlo Esposito is set to star in a new drama series at AMC.

The AMC “Breaking Bad” alum leads “The Driver,” which is due out in 2023, the network announced Tuesday.

Spanning six episodes in its first season, “The Driver” is a reimagining of the British 2014 series of the same name (which starred “Walking Dead” alum David Morrissey). Esposito will play a “taxi driver whose life is turned upside down when he agrees to chauffer a New Orleans-based Zimbabwean gangster notorious for exploiting undocumented immigrants at the U.S. southern ports.”

“I am over the moon excited, enthused, and inspired to be in collaboration with the stellar network and creative team of AMC! Thanks for believing in me. It’s great to be back home!” Esposito said in a statement. 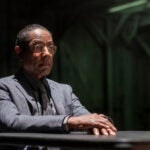 Sunu Gonera and Danny Brocklehurst created the show based on the original from format from Brocklehurst and Jim Poyser. Theo Travers (“Billions”) is the showrunner. Gonera will direct the pilot.

“It is a pleasure and a privilege to be working with AMC on this bold reimagining of my U.K. mini-series. Sunu Gonera and Theo Travers have both brought superb original voices to the premise and I am thrilled to be going on this ride with them,” Brocklehurst said in a statement.

“The Driver” is produced by AMC Studios, in association with A+E Studios and Thruline Entertainment.

It will air on AMC and the streaming service AMC+ in 2023.

“Giancarlo is a singular talent who is already beloved by AMC viewers through his standout performances in ‘Breaking Bad’ and ‘Better Call Saul,’” Dan McDermott, president of entertainment and AMC Studios for AMC Networks, said in a statement. “We are excited to be continuing his relationship with AMC and AMC+ in a series built around him and an unforgettable character who takes what he thinks is a straightforward job opportunity and finds himself confronted with a world that tests him in ways he could never have imagined.” 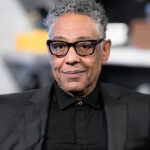 Esposito, Gonera, Brocklehurst and Travers serve as executive produce alongside Josh Kesselman and Danny Sherman from Thruline and from A+E Studios Jossen and Jamieson.