Consider this your spoiler-free heads up, but if you’re wondering if “Hawkeye” Episode 6 has a credits scene, the answer is yes — you’ll want to stick around for the middle of the credits.

In contrast to Marvel’s previous Disney+ shows, “Hawkeye” has thus far neglected to tease future episodes with a credits scene. The finale episode makes an exception, but only kind of.

Yes, there is technically a “Hawkeye” mid-credits scene, but it’s not a confirmation of Season 2 or a tease of what’s next for Kate Bishop (Hailee Steinfeld) or Clint Barton (Jeremy Renner). Instead, it’s a full musical number from the “Rogers: The Musical” Broadway show that was briefly glimpsed in the first episode of the series. You know, the in-universe Broadway adaptation of the events from the Battle of New York.

It’s a fun little nod to one of the best jokes from the series, but as mentioned it’s not necessarily revealing nor is it essential to see. Although it comes soon enough in the credits, you may as well stick around.

Marvel Studios has not yet revealed if there will be a “Hawkeye” Season 2, but at least one spinoff from the series has been confirmed. It was announced in November that Alaqua Cox will lead her own Disney+ series focusing on her character Maya Lopez aka Echo, although a timetable for that series has yet to be revealed.

Marvel hasn’t even announced which Disney+ series will be airing next, but there are a number of exciting shows in the works. “She-Hulk” stars Tatiana Maslany as the titular character opposite Mark Ruffalo’s Bruce Banner; “Moon Knight” brings together Oscar Isaac and Ethan Hawke for a dark psychological thriller; a second season of the animated series “Marvel’s What If…?” is on the way; a “Ms. Marvel” series serves as a precursor to the feature film sequel “The Marvels” (aka “Captain Marvel 2”); and production is currently underway on a “Secret Invasion” miniseries with Samuel L. Jackson and Ben Mendelsohn reprising their MCU roles of Nick Fury and Talos, respectively, with Olivia Colman also part of the ensemble. 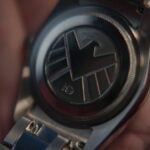