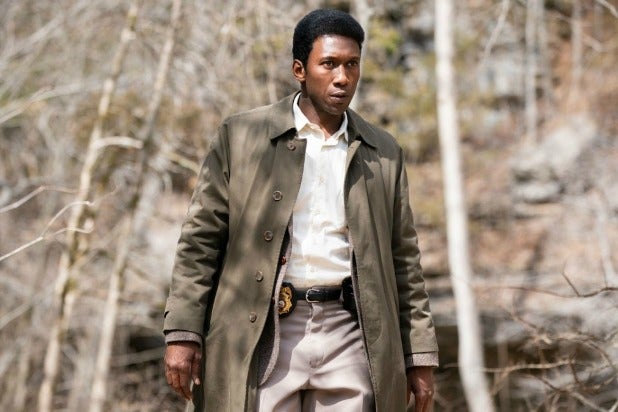 The HBO mystery anthology series “True Detective” took a lengthy hiatus after its second season aired way back in 2015, but now it’s back with Mahershala Ali in a new story that spans decades.

We’re three episodes in, and it’s still tough to know what to make of this whole thing so far. That’s not too terribly surprising, given the cryptic and slow burning nature of the show — creator Nic Pizzolatto and co. are big on holding back key details until the right moment.

Here’s the broad stuff we know about the mystery at the center of Season 3 of “True Detective” so far (we’ll get into smaller details in a bit). A pair of children, a brother and sister named Will and Julie Purcell, went missing after school one day in 1980. Detective Wayne Hays (Ali) found the dead body of the boy under an outcropping, with a pair of creepy handmade dolls leading him to the corpse. A friend from school says Julie previously received a similar doll on the previous Halloween while trick-or-treating. Julie is not found.

Ten years later, in 1990, Hays is forced to recap his time working this case, because Julie Purcell’s fingerprint shows up in a CVS drugstore after it was robbed, seemingly indicating that she’s been alive the whole time somehow. And the state of Arkansas is seeking to overturn the conviction of the person held responsible for the crime.

Twenty-five years after that, in 2015, Hays is interviewed for a television series or documentary called “True Criminal” about the case. It’s not clear what the purpose of the interview is. We learn that Amelia Reardon (Carmen Ejogo), a teacher at the Purcells’ school in 1980 who discovered the Halloween connection to those creepy dolls by interviewing students, ended up marrying Hays and writing a renowned book about the case.

Here’s the big things we don’t know: We don’t actually know who was convicted and sent to prison for the kidnapping and murder. We don’t know that Hays’ recollection of the events — which is presumably what we’re watching in the 1980 portion — is reliable or complete.

Given the way the first two episodes of “True Detective” Season 3 have held back important information, it would be reckless to try to draw any conclusions about what happened or who did it. But we can at least run down the list of suspects as it stands right now. So let’s do that.

One piece of a possible motive was brought up in the second episode, when Tom’s mother-in-law mentioned a rumor that Tom (Scoot McNairy) might have been out of town when his wife, Lucy, conceived Julie. On the other hand, he seems convincingly distraught about this whole affair, but what if that’s just because Julie escaped his clutches? And if Julie is the one who might not have been his kid, why would he kill Will? All in all, Tom seems like far too straightforward a suspect to be the right one.

There was definitely something weird going on with this guy, who stayed with the Purcells for several months prior to the kidnapping/murder. He’s said to have slept in Will’s room while he stayed there, and one assumes that the hole Hays found in Will’s closet — which gave a clear view into Julie’s room — was made by Dan. Which would make Dan at minimum a huge creeper. But that’s a thread that “True Detective” hasn’t yet explored. For now, it’s something to keep in mind.

The local (white) townsfolk are all pretty suspicious of this guy, a Native American man named Brett Woodard who lives alone and collects garbage to sell. But honestly he feels like he’s here as a nod to the first season of “True Detective,” when it turned out the killer was a dude who mowed lawns at a school. Considering this season takes place in Arkansas, it feels kinda like everybody’s suspicion is really just racism, and not based on any special knowledge they have of his actions.

In the third episode, we see some of those folks assault Woodard for the crime of… driving in the same general area where kids are. Afterward, Woodard returns home and retrieves a large, long bag. We don’t know what’s in it, but he picks up up very carefully. It’s conceivable that Julie Purcell is in there, but I don’t think a piece of mainstream television in 2019 would reward some folks who are hankering to form a lynch mob by proving their racist suspicions correct.

Early in the first episode, we see a trio of teens in a Volkswagen Beetle, who watch menacingly as Will and Julie ride by on their bikes. Later, we see those same guys partying in a park, the Devil’s Den (ooooooohhhh), and playing around with a child’s bike that may or may not have belonged to the Purcells. And also, they can’t get their story straight about whether they saw the Purcell kids at the park that day. One of them even wears a t-shirt for the band Black Sabbath, and that raises all sorts of alarm bells for 1980-era adults. And the actor they got to play Freddy, the apparently ringleader of the three, is played by Rhys Wakefield, who is just a creepy looking dude. All of this is suspicious.

I’m just throwing this out there because there seems to be a whole thing in this story about gaps in Hays’ memory, so his telling of events could be misleading. And Hays says something early on about how in his mind his life is split into two periods — before the Purcell case and after the Purcell case. Considering he was a reconnaissance soldier in Vietnam for two years, it’s pretty wild that this case could be considered as life-changing as that experience.

And so far, aside from Hays discovering Will’s corpse and meeting his wife while working the case, it’s hard to figure what about this whole situation he considers so dramatically life-changing that he calls it more impactful than his time in the front lines of war. Unless he was the one who was actually was the bad guy and had to spend decades covering it up from even those closest to him.

Probably, whatever is so insane about this case is something we’ll learn about later. But for now it’s a bit of a perplexing remark.

Deep in the DNA of “True Detective” is an obsession with institutional injustice. And also conspiracies involving rich people. In episode three we were introduced the the first entity that could qualify for a “True Detective” Special — Hoyt Foods, a company that makes cheap frozen food. Hoyt is a fictional company that is directly analogous to a real one: Tyson Foods, based in Springdale, Arkansas.

Hoyt’s connection to the Purcell case is that the kids’ mother, Lucy, previously worked at the nearby Hoyt plant assembling low-quality chicken products. Hoyt stepped in to offer a reward for any info about who was responsible for the kidnapping and murder. And did so with the approval of the county prosecutor (Brett Cullen), who did not share that info with Hays or his partner.

So if Pizzolatto were to introduce some kind of conspiracy related to this case, the Hoyt family is a great candidate for one.

Somebody else we haven’t met yet

So back in season 1 we didn’t meet the killer until deep into the season. Pizzolatto could be pulling a similar trick here, and there’s almost certainly going to be some kind of weird conspiracy involved in the whole thing. Perhaps involving the above-mentioned local prosecutor, who went on to a state-level job after the Purcell case? It still feels too early to start formulating concrete theories. Pizzolatto seems to like to construct these stories meticulously to make it hard to do so.