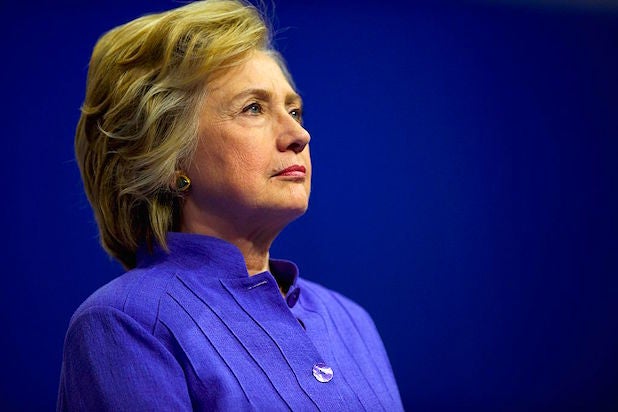 Hollywood Democrats are getting nervous about recent polls that show the race between Hillary Clinton and Donald Trump tightening.

“I’m freaked out,” David Schneiderman, co-owner and founder of Seismic Productions and prominent Clinton supporter, told TheWrap. “I now post stuff on Facebook every day bugging all my friends to do something. No one wants to wake up to Donald Trump on November 8.”

A Tuesday CNN/ORC poll showing Trump leading Clinton in a head-to-head match for the first time in six weeks caught some of Clinton’s staunchest industry supporters and donors by surprise. It is one of the “big five” polls widely considered the most reliable — though some journalists questioned its methodology.

Clinton enjoyed a significant lead in both national and key swing state polls for weeks after her smooth Democratic National Convention. Trump, meanwhile, was swarmed with negative stories about his fight with a Gold Star family and a $25,000 donation to Florida State Attorney General Pam Bondi as her office considered a lawsuit against Trump University. (She decided not to sue, but denies any impropriety).

In recent weeks, Clinton has faced tough questions about whether she gave preferential treatment to Clinton Foundation donors during her time as secretary of state. And her email scandal won’t go away.

Clinton is still up in most polls, but Trump is gaining. Clinton’s lead in the polls has shrunk to an average of 3.3 points, according to a RealClearPolitics, down from a peak of 7.9 points a month ago.

“You just never know,” Schneiderman said. “You don’t want to rest on your laurels.”

Also Read: 15 Republicans Who Won't Be Voting for Donald Trump

But if the polls are right, Clinton supporters say, that may not be such a bad thing.

“It’s just going to get some people to pay more attention,” L.A.-based Democratic strategist and Clinton supporter Donna Bojarsky told TheWrap. “It doesn’t change the fundamentals of the race, but, yes, no one should take anything for granted.”

Bojarsky said August fundraising numbers are a good indication that Clinton is on the right track. Clinton smashed her own fundraising record by raising a whopping $143 million last month, compared to Trump’s $90 million.

“Fundraising is a kind of voting,” Bojarsky said. “If someone is raising a ton of money, it’s a sign of enthusiasm.”

Clinton’s supporters also note that she’s also leading in key swing states and has even managed to put some historically red states into play. A 50-state Washington Post-SurveyMonkey poll, released Tuesday, showed Trump struggling in states like Arizona, Georgia and even Texas, where he’s in a virtual dead heat with Clinton. That will help her in the contest for Electoral College votes, the only race that truly matters.

“You can’t look at polls on a day-to-day basis,” Jeff Danis, president of DNP Talent in Beverly Hills, told TheWrap. “Yes, we read all the polls with cautious optimism. We don’t want to get too complacent.”

“It’s like running a marathon. You may be ahead of the pack, but if you stop and rest you could lose the race,” Danis added.

Still, the fact that Trump is still within striking distance of Clinton is enough to rattle some Democrats.

“We have to work hard to make sure Hillary prevails,” Schneiderman said. “Two months is a long time, but it can go by in the blink of an eye.”