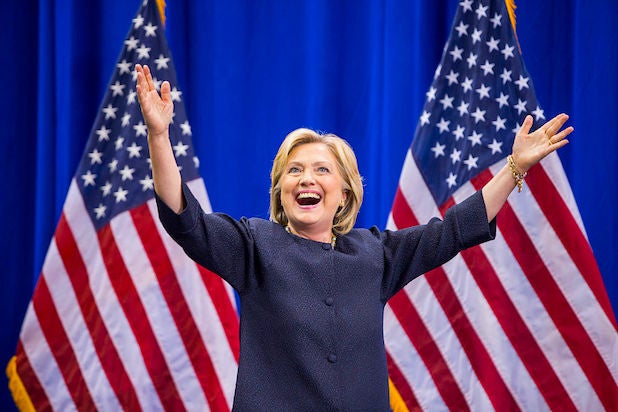 Hillary Clinton smashed her own fundraising record by raising a whopping $143 million for the month of August, the campaign said Wednesday.

“Thanks to the 2.3 million people who have contributed to our campaign, we are heading into the final two months of the race with the resources we need to organize and mobilize millions of voters across the country,” Clinton campaign manager Robby Mook said in a statement obtained by TheWrap.

The numbers include donations made to Clinton’s own campaign and to national and state parties via funds associated with her campaign.

August was Clinton’s most successful fundraising month thus far — exceeding the $90 million that she reported in July — thanks in no small part to several big Hollywood fundraisers, including one at the home of Justin Timberlake and Jessica Biel.

Clinton’s campaign began September with $68 million in cash on hand. And $84 million was held on hand by two joint fund-raising committees, according to the campaign.

Mook said that Donald Trump has propelled voters toward Clinton with his recent “inflammatory rhetoric.”

Earlier this month, Biel and Timberlake stepped in as hosts after actor Leonardo DiCaprio was forced to cancel at the last minute, citing “scheduling issues.”