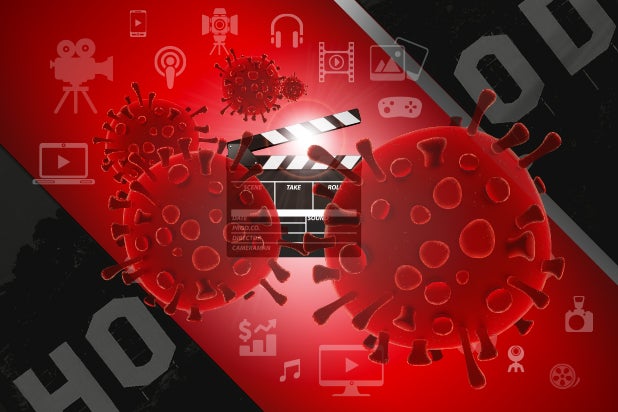 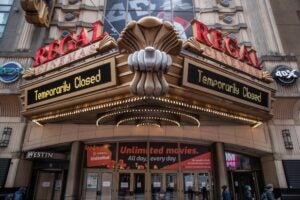 What does the entertainment industry look like on the other side of this pandemic?

WaxWord spoke to nearly a dozen industry experts — financial analysts, current and former studio and network chiefs and longtime observers — to get a sense of the entertainment economy when the country begins to reopen.

There is a lot that no one knows for certain — such as how quickly consumers will want to congregate in theaters, concert venues and theme parks. Some who I interviewed believe there will be huge pent-up demand for entertainment outside the home once cities reopen. Others insist that caution around large gatherings will rule for a long time — perhaps even years to come.

But there is widespread agreement that the entertainment economy will bounce back in the favor of the digital players. The dwindling patterns of the legacy entertainment economy — cable cord-cutting, for example — will occur even more quickly than they already have. And many agreed that embracing innovation, the faster the better, is the only way to come out a winner.

“Whatever change was coming over the next decade is being forced upon us in a year,” media investor Ross Gerber of Gerber-Kawasaki said. “When you think about paradigms that are no longer — Hollywood has to get this into their heads: It’s over.”

Naveen Sarma, senior director at S&P Global Ratings, added, “We don’t think the industry itself is permanently impaired but the trends that already exist are getting accelerated.”

A former studio chief, speaking on condition of anonymity, agreed. “The things that were likely to happen more slowly are now going to happen more quickly. The platforms — Amazon, Netflix, HBO Max, maybe NBCUniversal’s Peacock — that have scope, breadth, technology are going to prevail. Those that don’t will not.”

One obvious winner is Netflix, who this week announced record subscriber growth in the first quarter of the year — a stunning 16 million new users worldwide. The streamer had a viral docuseries hit during the height of the quarantine in “Tiger King” and trumpeted the fact that it has a full pipeline of new programming to roll out for the rest of this year.

As media analysts MoffettNathanson wrote in a new analysis on Friday: “Heading into 2020, we had argued that the fundamental pillars of media were starting to crack. Now, we fear that they will crumble as customer behavior permanently shifts to streaming models. The impact should be felt in both the traditional TV ecosystem and the film industry as content producers re-examine the economics of producing linear TV content and feature films. As a result, when this is all done, the top streaming platforms — Netflix, Amazon and Disney — will emerge with the lion’s share of scripted content creation.”

Also Read: 'As Good As It Gets': Why Netflix's Coronavirus Boom Might Only Be Temporary 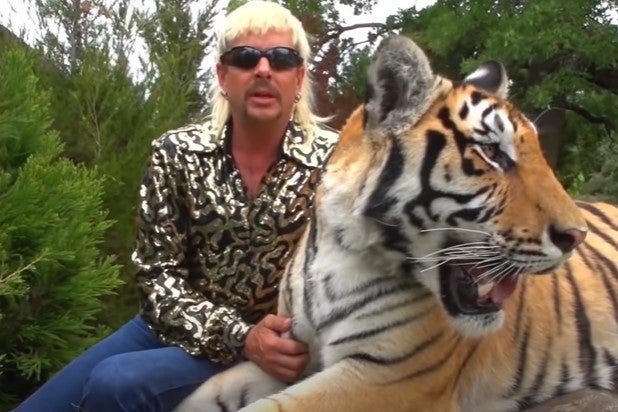 Any company with a pure or well-developed digital strategy, like Snap or Amazon, is ahead of the game in this new landscape. Those without one may not survive: Bankruptcy or acquisition looms for some major Hollywood players, including AMC Theatres or Endeavor, that were highly leveraged and now face revenue shortfalls that may not recover quickly when the industry comes back online.

Insiders pointed to specific companies and where they stand: Lionsgate has Starz, which is a plus. Sony lacks any direct-to-consumer digital entertainment product, which is a problem. ViacomCBS’ path is unclear, now that Paramount is providing lots of content to Netflix and its digital strategy is a patchwork of streaming services like CBS All Access, Showtime and BET+.

And Disney — which just eight weeks ago appeared to be Hollywood’s undisputed dominant force, with the strong launch of its Disney+ streaming service as well as control of Hulu — is facing a serious downturn that is likely to last a couple of years given its reliance on revenue from its theme parks and cruise division, analysts and insiders said.

But these are just facets of a complicated set of variables in a story that is still unfolding.

As one head of a major entertainment company told me: “It’s a Rubik’s cube we’re solving for. There are so many elements of society figuring out how to get back — how to get back into their lives. Do people go to outdoor before indoor? Do they go to movie theaters?”

Let’s break this down into the component parts and see where the different entertainment industry segments are headed.

The conversation around theatrical windows is over. Exhibitors from AMC to Cinemark to Regal who have been battling to protect their precious 90-day window between a movie opening in theaters and arriving in homes on demand have seen the pandemic force the issue into real time. The closure of movie theaters drove Universal to bypass theaters and release “Trolls World Tour” straight to streaming — and now Warner Bros. plans to do the same with “Scoob!”

There is talk everywhere that once theaters reopen, studios will begin coordinating day-and-date releases of movies in theaters as well as via in-home viewing. WarnerMedia CEO John Stankey said as much on his company’s earnings call, leading his subordinates to quickly reassure exhibitors that they still are committed to movie theaters.

“I have a really difficult time believing that any major motion picture will come out the way you and I grew up — a regular 90-day release before home entertainment,” analyst Rich Greenfield of Lightshed Media said. “This seems untenable in a world where going to a movie theater feels high-risk. They may be open, but what parent is sending their kid into a theater with a mask? And can you sit with your friends, or six feet from your friends? Can you eat popcorn? Until there’s a vaccine is that the new normal?”

This uncertainty means that the “windows” of movie release are up for grabs. Megabudget tentpoles may make sense to target for a theatrical release given that an exclusively on-demand release may not generate enough revenues to achieve profitability, but plenty of other lower-budgeted movies may go straight to streaming.

“The industry is currently in an incredibly strange place where studios don’t know when to release films due to the uncertainty of attendance and theaters don’t know when to re-open due to the uncertainty of release schedules,” MoffettNathanson said in its new analysis. “The longer this state of uncertainty, the weaker their position. However, one thing is certain: the U.S. film industry is in dire need of restructuring.”

“What’s optimum is optionality,” the former studio chief said. “It’s sane to evaluate all along the way whether or not a movie has the goods to be theatrical.”

Another consideration is the viability of exhibitors. Both AMC and Regal carry billions of dollars in debt. If theaters reopen this summer and are required to offer social distancing, their financial outlook is dire and a change of control may necessarily occur.

“A lot of people think it’s the death of theatrical and I don’t,” said Ryan Kavanaugh, the former CEO of Relativity Media and a media investor. “I think it will be a much-needed changing of the guard. If you look at AMC, Regal — particularly AMC — it was already a tough business model.” But, he argued, that’s not because people don’t want to go to the movies — it’s because the companies are over-leveraged. “It’s a nail in the coffin for the debt of big theater chains. What it will lead to is Chapter 11 restructures or a similar thing,” he said.

But Kavanaugh thinks that the cinema experience may find a white knight in the content producers — especially since the Trump Justice Department last year moved to overturn 70-year-old antitrust rules prohibiting studios from owning cinema chains. “What we’ll see is not that theatrical is dead and gone,” he said. “But we will go back to the old days when studios owned theater chains. It makes sense if you’re Amazon, or Warner Bros., and you want to keep the theatrical window, and you go to a day-and-date structure, charge more for at home.”

Gerber agreed, pointing to the recently defunct MoviePass subscription service for frequent filmgoers. “MoviePass proved people want to go to movies but don’t want to pay the price,” he said. “If Netflix bought a theater chain and added $5 to subscriptions they would sell out.”

He added: “I don’t think theaters die here. Theater owners are unimaginative in their business models. They know how to charge more but they’re not creative. Look at the subscription model. I would pay some amount per month for access to theaters. There’s a lack of imagination because it’s been the same people forever. They have to get wiped out to come up with new ideas.” 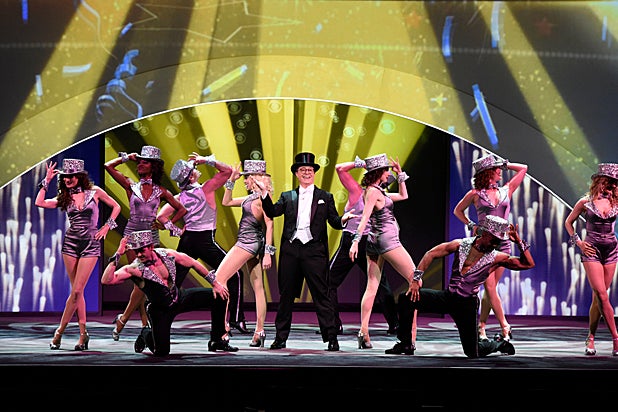 The pandemic has been a disaster for television advertising, with spending slashed by $7.5 billion in the first half of 2020, according to TheWrap’s reporting.

With pilot season canceled, the fall television schedule is looking mighty bare. And with live sports up in the air as well, there’s a whole lot of nothing fresh to put on television. No wonder pundits are predicting that cord-cutting could extend into two-thirds of American households with this pandemic.

“Sports is gone and people hate the price,” said a former television network chief who spoke on condition of anonymity.

But analysts seem unanimous that this is a temporary blip for linear television and that advertising will return once the pressure is off. “We think TV advertising comes back longer term,” Sarma said. “There are only certain ways to build brand and reach and that’s still television. Having said that, if the NFL doesn’t play and college football doesn’t happen, advertising will take longer to return.”

Gerber said that the effects on TV production have been overblown. “The media has done a huge disservice here — there’s so much information that’s scary and not accurate,” he said. “There’s no reason why we can’t make a TV show. We’ll do that in less than 30 days.”

As a result, he added, “Advertising will come back, for sure. That’s the easiest thing to turn on and off. They (advertisers) will turn it right back on when business is open. We expect advertising to come back, and the first movers will get a great deal.”

Greenfield, however, was more pessimistic. “TV advertising is not roaring back. It will be under a lot of pressure,” he said. “There’s not going to be a fall TV season for the first time in our lives. There’s no pilots. There’s nothing. So these things are going to take time.”

Tomorrow: A focus on Disney, post-pandemic 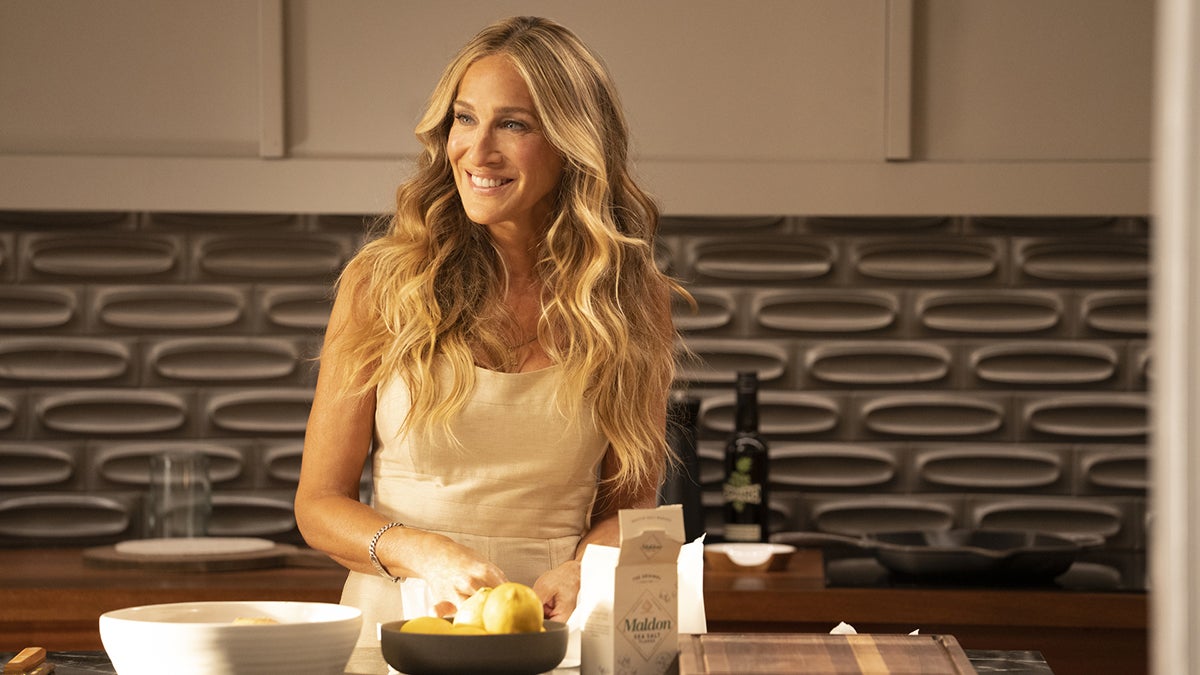