Ridley Scott’s “House of Gucci” launches the day before Thanksgiving, and boy is it a wild ride. Adapted from Sara Gay Forden’s 288-page book “The House of Gucci: A Sensational Story of Murder, Madness, Glamor, and Greed,” the film squeezes three decades into nearly three hours, while Forden’s book captures much more time, and many more generations in the Gucci family.

A few Gucci family members who were cut from the film, but influenced the growth of the empire, include Vasco Gucci — brother to Aldo and Rodolfo, Ugo and Grimalda — two of Guccio’s other children, Maurizio and Patrizia’s second daughter Allegra, and Aldo’s other sons Giorgio and Roberto. 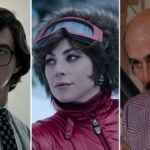 With comparisons from Forden’s book and other newspaper and magazine articles, here is TheWrap’s analysis of what the movie told truthfully and what it stretched:

How Did Maurizio and Patrizia Really Meet?

Maurizio and Patrizia did actually meet at a party of a mutual acquaintance. Vittoria Orlando was the one who invited Patrizia to the party, and Maurizio knew Vittoria as well. Patrizia did wear a red dress like she does in the film, but their meet cute was a tad different than what the movie shows. Maurizio was entranced by Patrizia the moment he saw her, and she knew exactly who he was. He plucked up the courage to approach her, and while he didn’t exactly make a drink for her, he did hand her a glass of punch.

Was Maurizio’s Father Really an Actor?

Maurizio’s father, Rodolfo Gucci, did in fact start his career in the film industry. He was very adamant about following this dream versus folding into the family business like his father Guccio wanted him to do. Under the screen name Maurizio D’Ancora, Rodolfo made this dream come true, and he even met his would-be wife, Maurizio’s mother, Alessandra Winklehaussen, known professionally as Sandra Ravel the on set of one of his early films. Rodolfo and Alessandra named Maurizio in honor of Rodolfo’s screen-name, and Maurizio and Patrizia named their first daughter Alessandra in honor of Maurizio’s mother, who by then had passed away from a tumor that grew in her uterus after giving birth to Maurizio through C-section.

Did Paulo’s “Fashion Show” Line Actually Exist and Did the Police Really Shut It Down?

Paolo did attempt to create his own line of clothes, as well as other products, under the Gucci name. He did this without permission from either Aldo or Rodolfo, unlike in the film when he directly approaches Rodolfo when Maurizio and Patrizia ‘team up’ with Aldo. Forden does cite hopes that Rodolfo will go against Aldo as motivation for Paolo’s attempts to create his own line, calling it the “PG collection.” Instead of the police shutting down Paolo’s fashion show, his uncle and father beat them to it, and rather than the tame confrontation Paolo had with Maurizio and Patrizia, a larger altercation took place at a family board meeting. Maurizio did later attempt to create an alliance with Paolo in order to take over the Gucci board, since Aldo was at risk for tax evasion. Paolo’s fire to create under his name came in handy for that. 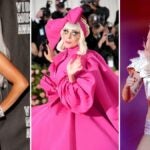 Was Pina a Real Person?

Pina does exist, and she was also clairvoyant. Pina Auriemma became a close confidant of Patrizia’s over the duration of their psychic reading sessions. Reggiani sought Pina out for many rough moments, and the two became friends. Pina was sentenced to 25 years for allegedly having organized the killing for a fee of around £250,000. Ivano Savioni, a friend of Auriemma’s, committed the murder.

Did Aldo Really Let People Get Away With Making Fake or Knock-Off Gucci Items?

Aldo did not accept the knock-off Gucci purses as nonchalantly in real life as the film made it seem. Counterfeiting was made easier by the development of the GAC, or Gucci Accessories Collection, which sped up the production of accessories, but made them cheaper and less quality or “hand-crafted” in the process. Rather than the reaction from the film of “Gucci is what I say it is,” that Aldo answers in response to Patrizia’s discovering the fake purses, Aldo instead actually said to New York Magazine, “Why should a woman see an expensive handbag she has just purchased copied all over three months later?” according to Forden’s book. Forden herself wrote that “Aldo knew that fakes could destroy his business.” The knock-off market didn’t just run off of purses either. Aldo was selective in what faux Gucci products he spent energy shutting down. Of legal operations to stop production of false Gucci shoes, T-shirts and even an entire knock-off Gucci store in Mexico City, there was also a lawsuit devoted to shutting down an operation that made Gucci toilet paper. 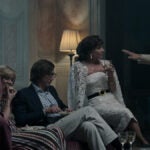 Did Tom Ford’s First Show with Gucci Really Help the Company That Much?

External designers were a sore subject, especially when Paolo was fighting for his creative power in the company. In Forden’s book, Paolo is quoted as questioning who Armani was, and when his coworkers all looked around at each other not knowing, he took that as confirmation that they didn’t need him to come in and help. Gucci first hired Luciano Soprani as a designer to come on board and design ready-to-wear collections. Soprani had made himself known with a limited color palette and wide-weave gauzy fabrics. His first show was very successful. Tom Ford became creative director at Gucci in 1994. The first Ford show in the film seems to combine several collections from Ford’s duration at Gucci, specifically with the ass-less chaps and Gucci string — which debuts toward the end of the film in 1995/1996, but wasn’t introduced by Ford until the spring show in 1997. Ford did elevate Gucci’s brand and fashion with his daring model looks and ageless apparel design.

Did Maurizio’s Murder Really Happen How It Does in the Film?

The murder scene in the movie followed real life events pretty closely, especially with the visual setting and the overall atmosphere in that physical location on the day Maurizio was killed. Forden covers Maurizio’s murder right at the start of her book in the first chapter, titled “A Death.” It was a day like any other, when Maurizio was walking into his office building, but the film failed to capture the witness and survivor of killing the way Forden did. Giuseppe Onorato maintained the office building, and he had woken up the morning of Maurizio’s murder to sweep the entryway. He watched the hitman shoot Maurizio (silencer and all on the gun), though Forden doesn’t name the killer in the first chapter. He shot four shots just like in the film, but then turned and shot Onorato as well, twice in the arm. The film merely shows a service member hearing the commotion of the shots, running out to see what happened, and then being shot and killed himself by the gunman. Hotel night porter Ivano Savioni, a friend of Ms. Auriemma, and the man alleged to have hired both the driver and the killer, received a 26-year sentence. Getaway driver Orazio Cicala was sentenced to 29 years. 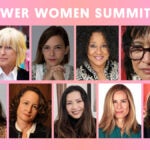