Last year’s awards season was anything but normal, thanks to the pandemic. And this year’s Emmys, at least, isn’t going to be totally normal either — though it will be more normal than last year’s show, which took place mostly by video conference. Now the Emmys are back in the Microsoft Theater, with limited attendance, so that’s something.

The ceremony will begin at 5 p.m. PT/8 p.m. ET on CBS, and it’ll be hosted by Cedric the Entertainer. Perhaps the biggest development for viewers this year will be the return of the red carpet before the Emmys ceremony itself, though CBS isn’t slated to have its own red carpet show.

Never fear, however, as E! and People/Entertainment Weekly will be doing their usual stuff. You can find out more about all that right here. 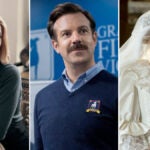 The streaming situation for the Emmys is pretty simple with CBS — you can use a TV service like Hulu With Live TV, YouTube TV and the like, or you can use the Paramount+ streaming service, which is available on mobile, streaming boxes and in your browser right here..

Paramount+ has a free trial for those who haven’t signed up before. And if you want to watch the Emmys you’ll need the $9.99 premium plan — the ad-free plan does not include livestreaming the CBS channel.