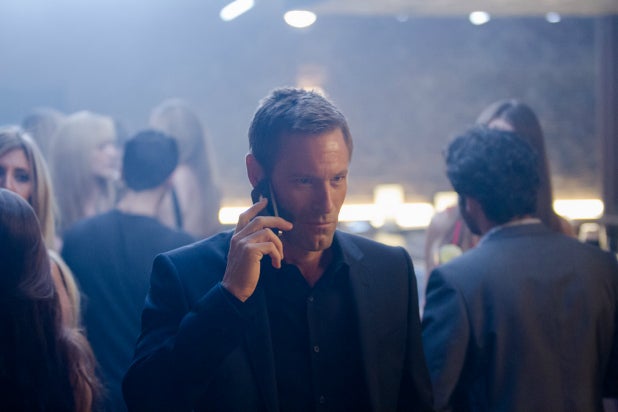 “There are fates worse than death,” says a character half-way through “Incarnate,” and one of them happens to be this movie. Strident rhetoric is required for describing Brad Peyton’s latest film, a maddening hodgepodge of ideas that range from undercooked to unoriginal.

The problems begin with the premise. Dr. Seth Ember (Aaron Eckhart) is a battered scientist who has the remarkable, albeit mentally debilitating, ability to enter the subconscious minds of the demonically possessed. He has built an impressive career with this skill. So impressive, in fact, that one day someone from the Vatican is sent to visit Ember, now handicapped after a tragic car crash.

That representative, played by Catalina Sandino Moreno, is there to enlist Ember and his team (played by Keir O’Donnell and Breanne Hill) to perform an exorcism on a young boy suffering. Ember quibbles with the word choice. He prefers “evict” to “exorcise”; he doesn’t want his work bound by theology.

The Vatican agent then slyly (and with a straight face) slides a briefcase across the desk. Ember opens it. Instead of emanating a gold light, it’s filled with cash. Our protagonist remains unimpressed. It takes a conversation with an old friend to understand the magnitude of the demon haunting this preteen. The satanic creature is one from his past, a familiar face he’s been trying to banish since learning of his special gift at age 26.

Peyton proceeds to drag us into the subconscious minds of Ember’s patients. Despite the haphazard nature of “Incarnate,” there is a methodology to Ronnie Christensen’s script. Unfortunately, the construct bares an uncanny resemblance to the labyrinthine dreamscapes of Christoper Nolan’s “Inception.” Ember sits across from the somnambulant child, controlled by a malevolent Otherness, and then proceeds to wade into his subconscious. It’s hard to tell whether these worlds are dreams or nightmares, fueled by the subconscious or unconscious.

What’s clear are the rules: mainly, Ember has roughly eight minutes to establish a connection with the kid and convince him that everything around him — his friends, his supportive father — is not real. The oscillation from dream to reality is something “Inception” took time to perfect. Nolan’s calculations were messy, and at times convoluted, but he showed his work. “Incarnate” inexplicably goes in the other direction.

To exit the subconscious, the patient must realize he is not in reality. Once he does this, it’s up to that person to jump out of a window and essentially kill themselves — similar to “the kick” in Nolan’s universe, but more severe and less interesting.

There are more concepts to understand in Peyton’s world, but there’s no reason why someone should invest the time to do so. Issues of continuity and logic pale in comparison to how the film forces Eckhart to act. It’s rare that we see someone as talented as Eckhart be relegated to work this shoddy and dispiriting. With his unkempt blond streaks and unshaven face, Eckhart has been asked to be The Broken Man. His life is dictated by “evicting” demons which, you can imagine, takes a toll on one’s mental stability.

There’s nothing inherently tedious about a character of this nature, but Eckhart is unable to enliven this material. He’s rote and repetitive, incapable of injecting palpable emotion or drama to his character, to this film. Each line delivery is so painfully melodramatic you’d think every scene is the dramatic climax of the film. There’s no build-up in his speech; just punchlines. The punches don’t land, though, and how could they?

Blumhouse Productions has done a spectacular job cultivating popular, in-house horror franchises (“Paranormal Activity,” “Insidious,” “The Purge,” “Sinister”). But the flip side to their touted business model, in which they reportedly spend between $3 and $5 million per project, is the overwhelming feeling that some of these titles were made on an assembly line.

This may appear anecdotal, but I think it’s significant that, on the day their latest film is being released in theaters across the country, the Blumhouse Twitter account has put out a grand total of zero tweets about “Incarnate.” That fact is as silly as it is telling. In the history of film promotion, I’ve never seen a company support a film by not supporting the film. Perhaps we’re entering a new marketplace where inactivity has become the newest form of advertising.

Or, perhaps, the people who made the film are as unenthusiastic about the final result as anyone who wound up watching it this weekend.