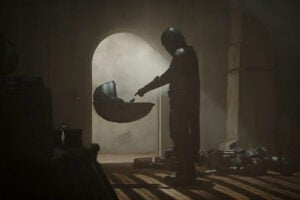 Can Baby Yoda and ‘The Mandalorian’ Save the ‘Star Wars’ Franchise?

Courtesy of Greg in Good Company

Despite industry-wide panic, singer-songwriter Greg Gilman of the L.A.-based rock band Greg in Good Company thinks he’ll remain an independent contractor in the eye of the new law

The Southern California music community entered freak-out mode last month after an influential music business blogger and entertainment lawyer sounded an apocalyptic alarm about Assembly Bill 5 — a new law, spearheaded by Assembly member Lorena Gonzalez, that goes into effect on January 1, 2020, and may impact independent contractors across all industries in the state.

The purpose of the legislation, which passed an Assembly vote in Sacramento and was signed into law by Gov. Gavin Newsom last September, is to protect workers from being taken advantage of by companies that misclassify them as independent contractors, instead of employees, to avoid providing employment benefits. But according to Ari Herstand, an indie singer-songwriter and author of “How to Make It in the New Music Business,” AB-5 is poised to destroy California’s booming music industry. After attending a presentation from attorney Ned Menoyo of EEM Law, Herstand published a blog post declaring, “California’s Music Economy Is About to Crash,” which was widely shared with major concern in musician and songwriter social media groups just before the Thanksgiving holiday.

Well, I’m an independent musician regularly gigging all over the state and hiring other players for gigs and recording sessions, so I read the bill myself, and then I spoke to Gonzalez’s office about the bill, and here is my take: I am not worried.

Also Read: The Biggest Earners in Music in 2019, From Taylor Swift to Drake (Photos)

Herstand and Menoyo share the interpretation that the law will hit indie artists the hardest, because if venues need to provide benefits for any musician they hire, they’ll stop hiring them, or band leaders will be stuck having to treat their session players as employees. “How the law is written, if you want to hire a bass player to play your gig for $100 you have to put that bassist on payroll, pay unemployment taxes, provide benefits, follow labor laws, get workers compensation insurance, deduct taxes, work with a payroll company, W-2 that bassist as they now legally will be designated your employee,” Herstand wrote.

There are two sections in the bill that detail what factors determine continued classification as a contractor. The first is the ABC test:

(A) The person is free from the control and direction of the hiring entity in connection with the performance of the work, both under the contract for the performance of the work and in fact.
(B) The person performs work that is outside the usual course of the hiring entity’s business.
(C) The person is customarily engaged in an independently established trade, occupation, or business of the same nature as that involved in the work performed.

My band, Greg in Good Company, passes A and C with flying colors — no venue tells me how to play my songs or what songs to play, and I’m customarily engaged in the music trade — but B is a little trickier. Is live music going to be considered the usual course of an L.A. club, bar or restaurant’s business if they regularly host performers? My immediate thought was, no, their usual course of business is selling alcohol or food.

My thought aligned with Gonzalez’s, who told me, “If an establishment is a restaurant or a bar, they likely are in the business of selling food and drinks, not music.” This reading was also supported by Chris Alamo, principal fiscal and policy analyst at the California Legislative Analyst’s Office, who told the vice president of SoCal musicians union AFM Local 7 the same thing.

Of course, I still understand why it’s a major cause of concern. Laws are open to interpretation in the courts. And Gonzalez cannot guarantee that a judge will interpret her own law as she would, which is why she used the word “likely” in the above quote. I wholeheartedly believe Gonzalez and the other lawmakers who worked on this bill meant well, but I’ll also quote the English writer Samuel Johnson, who famously said, “Hell is paved with good intentions.” And Menoyo sees a highway to hell forming on the horizon.

“I think it’s a long shot to say that a venue that normally provides musical entertainment is not providing music in the usual course of their business, no matter what else they sell,” the concerned lawyer told me in an email. “Even so, that’s a limited aspect to this. In the independent music industry, people are constantly hiring each other to play, record, mix, produce, and songwrite, etc. It goes well beyond being paid for a public performance by a venue.”

“My reading of the law is that each time someone pays another person for services, unless they meet A, B and C, they will become that person’s employer and have to abide by wage and labor laws, withholding taxes, etc,” he continued. “This would create an onerous burden on your average independent musician and much less take home pay.”

There is another section of the bill to consider, as well. In order for a profession to still be considered an independent contractor in the state of California, it must meet the requirements previously referenced ABC test, or (not and) all of the following:

Once again, I firmly believe all those factors apply to me as an independent musician. Furthermore, when AB-5 lists specific “Professional services” exempt from employee classification, the language includes graphic designer, grant writer and fine artist.

The dictionary defines fine art as, “creative art, especially visual art whose products are to be appreciated primarily or solely for their imaginative, aesthetic, or intellectual content,” as well as, “an activity requiring great skill or accomplishment.” To me, that also sounds like it includes making and performing music. And the fact that “graphic designer” is specifically mentioned leads me to believe that “fine art” doesn’t have to be visual in nature.

Gonzalez, however, made it clear there was no intention to lump musicians in with fine artists– whatever the hell a fine artist actually is. “We did not draft the ‘fine artist’ language with the intention of including musicians, songwriters, and producers,” she told me. “There is no definition for the term provided for the bill, which gives courts and agencies more range in their interpretation for how the term applies.”

Menoyo does not expect a judge to ever apply the term to musicians, songwriters and producers, and suggested lawmakers add “non-union music professionals” to the “professional services” contract section of the bill. When I asked Assembly member Gonzalez if she thought that addition to the bill could resolve the issue at hand, she answered, “No.”

“This does not make sense in terms of the bill. By definition, all union musicians already are employees with protections. This language would actually encourage those employers who traditionally use unionized musicians to use musicians they could classify as independent contractors. The attorney who suggested that tweak may not be a labor attorney and not understand the implications of that suggestion. But, that language is a nonstarter. We are, however, happy to work with independent musicians to get to the appropriate language.”

That last sentiment also put my mind at ease. Lawmakers are still working on refining the flawed legislation even after its passage. They are aware of the issues, and want to be made aware of more, so they can settle on new language to be added by early 2020.

“Additional clarity needs to be made for employment arrangements in the music industry,” Gonzalez told me. “We were unhappy that  a compromise between the industry and worker representatives in the industry couldn’t be reached by the end of last session and have encouraged a quick resolution this year between the stakeholders. We will continue to encourage input from all concerned parties. Please contact our office directly to provide feedback.”

So it appears that the state will not be rushing to enforce this law, as it pertains to the music industry, at least, until the kinks are worked out. AB-5 affects provisions in the Labor Code and Unemployment Insurance Code, which are enforced by the Department of Industrial Relations — specifically the Labor Commissioner’s Office — and the Employment Development Department. As a result, enforcement is largely dependent on workers filing complaints against employers. That means independent musicians themselves must file a complaint, and considering they actively want to remain independent contractors, I don’t see a high likelihood of that happening. But anything is possible.

Gonzalez explained, “A worker who believes they’ve been misclassified under the law can file a claim with these departments to recover lost wages, apply for unemployment insurance benefits, etc. Under AB 5, the Attorney General and specified city attorneys can also enforce the provisions of the bill by seeking injunctive relief, which means stopping the employer from misclassifying the worker. It’s important to note that an individual who has been misclassified under the law is not held liable. The onus is on the hiring entity to classify individuals that work for them appropriately under the law.”

I don’t think independent musicians or the various businesses that contract them in California were a target of the bill, but rather a complication lawmakers are still struggling to sort out. I believe they will, and I can’t imagine the catastrophic crackdown on indie musicians that Ari Herstand and Ned Menoyo fear. But don’t just take my word for it. If you have concerns, share them with Assemblywoman Lorena Gonzalez’s office. She and her team are ready to listen.

While my take on AB-5 is much more optimistic, I still appreciate those sounding the alarm. They are playing a necessary role, because everyone who makes a living as an independent contractor should be tuning in to this conversation, now significantly amplified by Herstand and Menoyo. They truly are two of the best advocates California’s independent musicians have speaking out on our behalf, and though I am not alarmed, I am still grateful, and look forward to reading AB-5 2.0 in 2020.

Greg Gilman is the singer-songwriter-guitarist of L.A. indie band Greg in Good Company, specializing in catchy rock 'n' roll full of heart and soul, as heard on SoCal's beloved 88.5 FM, which feature "Stranger Things" tribute song "Monster's Lair" in regular rotation throughout the first half of 2019. GIGC's debut album "American Way" is streaming everywhere, and you can follow his musical journey or yell at him for his opinions?@GregInGoodCo on Instagram, Twitter and Facebook.