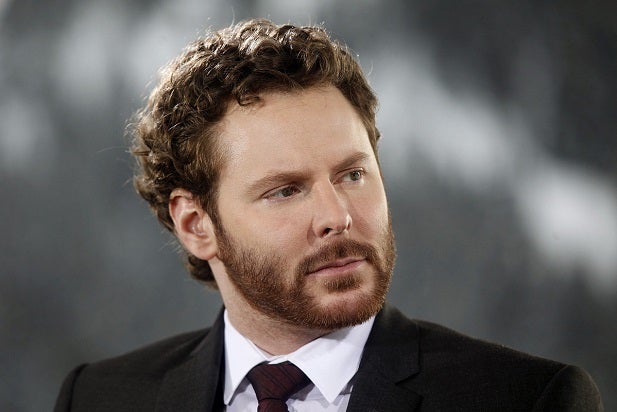 “This whole idea is in such a nascent stage that there’s not much to talk about,” Chris Aronson, president of domestic distribution at Twentieth Century Fox told TheWrap.

Under Parker’s proposal, consumers would pay about $150 for a set-top box and access to new releases for $50 on the day of its theatrical release. Movie theaters and distributors would each receive $20 of the fee, with The Screening Room keeping $10, under the plan detailed in a story in Variety.

That breakdown sent up red flags for both movie distributors and theater owners.

“The economics of this, at least as stated, don’t make sense,” Hamid Hashimi, president and CEO of iPic Entertainment, told TheWrap. “Which exhibitor would get the $20, and on what basis would that be determined?”

It’s an idea that bears a look most interviewed said, regardless of the specifics of this plan.

“The studios are always willing to listen to fresh ideas,” said one distribution executive. “And the fact is, anything that broadens the data base we have on this type of endeavor, and the practicalities of making it work on a larger scale, would be helpful.”

Several said the presence of veteran Jeff Blake, the former head of worldwide distribution at Sony, gave the pitch by Parker and his business partner Prem Akkaraju industry credibility.

“Otherwise, what have we got here?” wondered one exhibition executive. “The former head of Napster offering to do for the movie business what that company did for the music industry?”

It’s no surprise that consumer reaction was enthusiastic. A survey two years ago found that nearly 80 percent of moviegoers would be willing to pay $25 to see first-run movies at home. And the economics would certainly work for parents with two or three kids, who probably shell out more than $50 to get them young ones into a theater today.

It’s probably not surprising, therefore, that Disney has not appeared interested in the the plan. And imagine what it could mean if consumers gathered the neighbors, threw a party and showed the new Marvel superhero movie to the gang — as they often do with pay-per-events like boxing matches now — all for just $50?

Concerns of that sort were just the tip of the iceberg for industry executives, nearly all of whom were reticent to speak on the record while their parent companies were still finalizing their official stances, whose reactions were for the most part negative. Calls to The Screening Room were not returned, nor was an outreach to AMC.

“This is an $11 billion industry we’re talking about, so it’s certainly worth protecting,” said one executive at a smaller distribution firm. Movie theaters owners, particularly the largest, are traditionally fiercely protective of their exclusive “windows” for showing first-run films. They see any intrusion into their exclusive offerings as an assault on their existence, so you can imagine their reaction to obliterating them all together.

The theater chains screamed five years ago, when Universal tried a similar experiment with the Brett Ratner comedy “Tower Heist,” offering it on video on demand for $60 three weeks into its theatrical run. The plan was abandoned early when exhibitors protested and one, Cinemark, refused to play the film in its theaters.

“For the studios, there is the buildup of excitement that the marketing generates before a film makes its theatrical debut, and there is real financial value in that,” noted Paul Dergarabedia, media analyst at comScore. “I’m not sure the idea of a custom release in homes offsets that. You can sell its appeal to consumers, at least on paper, but in practice it’s a different animal.

“Maybe with a smaller picture, for which the box office wouldn’t be impacted in a significant way, it might work and help filmmakers get their work in front of an audience that it otherwise wouldn’t have,” he said. “But the economics just don’t add up for the blockbusters. How would you make your money back?”

Some, like iPic’s Hashimi, are convinced simultaneous home and theatrical releases are inevitable, and that’s not a problem in his eyes.

“You have a nice kitchen in your home, and you can buy a great cut of meat and have a wonderful steak. But still, you go out to the restaurant because you want the experience of going out, to be entertained,” he said. His iPics chain was a pioneer of the luxury movie experience, offering high-end dining and even blankets to snuggle under. “It’s the entertainment experience we’re selling.”

There is good reason for the studios to experiment with new models for distribution and ancillary profits. While the studios are coming off the highest-grossing domestic box office year ever, DVD revenues are still falling and streaming has yet to match those dollars.

But the general consensus in Hollywood was that while some iteration of a similar plan may fly some day, this one wouldn’t.

“To pull a quote from ‘The Graduate,’ this idea seems pretty half-baked,” Exhibitor Relations Company analyst Jeff Bock told TheWrap. “I just don’t think the industry is ready for it. Maybe we give it another decade and let these superhero movies play out, and then give it a shot.”