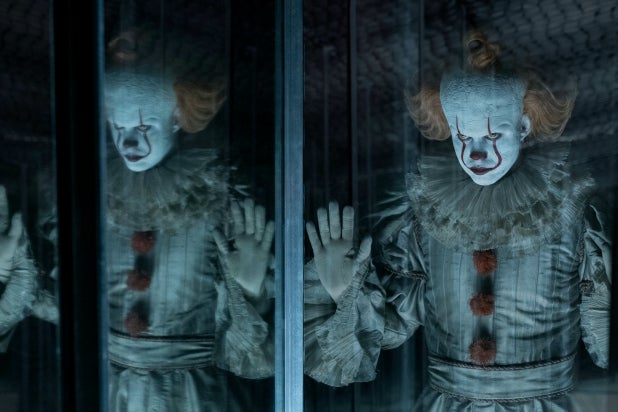 Stephen King took 1,138 pages to tell the story of “It,” his 1986 horror classic about an evil clown called Pennywise who torments a group of children in Maine. But director Andy Muschietti always seems pressed for time, both in his 2017 adaptation of the first quarter or so of “It” and now in this far more expansive sequel, which runs nearly three hours.

“It Chapter Two” is a much grander project than the first film, for it encompasses the main characters as both children and adults. The main problem with the initial movie was that Bill Skarsgård’s Pennywise was too much a special effect and too little a taunting and evil human in clown makeup, but in “It Chapter Two,” Skarsgård is allowed to make much more of a contribution.

The second half of the 1990 TV miniseries of “It,” which dealt with the child characters as adults, was much weaker than the first; “It Chapter Two” is stronger than its predecessor, partly because the adult actors give it so much emotional intensity, particularly James McAvoy as the grown-up Bill Denbrough and Jessica Chastain as the adult Beverly. It is also more impressive because Muschietti focuses more on intimate psychological horror and less on spectacle.

Some very upsetting things happen in the first hour of “It Chapter Two,” none more so than the brutal gay-bashing and murder of the defiant Adrian Mellon (Xavier Dolan), which King based on the real-life hate-crime murder of Charlie Howard in Bangor, Maine, in 1984. Muschietti does not soft-pedal this sequence in any way, and he does not allow us to look away from the very abusive relationship in which Chastain’s adult Beverly finds herself.

King’s “It” takes the conception of evil very seriously and follows it to the most primal conclusions. Pennywise is strong because he lives on the fear of his victims, and he plays on weaknesses without mercy, like the worst kind of bully. The evil of Pennywise is linked to the evil of the homophobic gay bashers and of Beverly’s violent husband, but this is never simplistic. Dolan’s Mellon is not at all afraid of the bigots who kill him, while Beverly is not so much afraid of her husband as numb to him.

Probably the best and the scariest sequence in “It Chapter Two” is also one of the simplest. Chastain’s Beverly goes back to her childhood home, where she is greeted by an elderly woman named Mrs. Kersh (Joan Gregson) who insists on inviting Beverly in for tea. Beverly looks around a bit, and when she sits down for the tea, Mrs. Kersh’s face seems to freeze slightly, as if she has begun to somehow malfunction. Muschietti seems to have realized that what Gregson is able to do with her face here, as a performer, is much more frightening than anything he might be able to do with a special effect.

And this realization extends to what happens next, when Beverly finds herself trapped in a hallway with Skarsgård’s Pennywise sitting down at the end of it. Pennywise is without his usual makeup, and he wears her father’s clothes and hair. He becomes Beverly’s abusive father here and speaks to her as her father until he starts to put on his clown make-up, and this is far more frightening as a visual idea than all of the other set pieces in this movie involving very elaborate and expensive-looking effects of insects with human faces and large statues that come to life.

See Photos: 9 Fall Horror Movies to Keep You Up All Night, From 'It Chapter Two' to 'Black Christmas'

What stands out in “It Chapter Two” is not the clearly labored-over insect effects but that moment with Mrs. Kersh and the scene of Pennywise as Beverly’s father — both reliant on actors rather than technical wizardry. The human eye can tell that there is not much in effects but effects themselves with a story like this about evil. But an actor like Gregson or Skarsgård can channel evil for us because they are human, and so therefore are presumably familiar with evil and can show it under controlled conditions to an audience.

The strength of the King material is that it is without sentimentality; any bit of happiness here has to be earned through suffering and sometimes with wrenching sacrifice. King himself appears in “It Chapter Two” as a shop owner. He looks skinny, slightly stunned, harsh and un-smiling, a master of the macabre, and likely pleased with the success of these new “It” movies, financially and otherwise.

If Muschietti’s achievement with these two features is one more of managerial smarts and problem-solving than anything else, still his skill and control is welcome. And surely Muschietti’s “It” and “It Chapter Two” will both play better when seen together with added footage for the streaming release of his director’s cuts, when he won’t have to worry so much about running times.