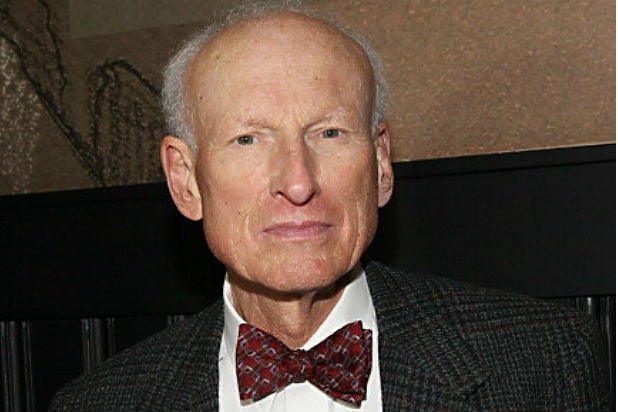 James Rebhorn, the veteran character actor best known for his recent work on the Showtime drama “Homeland,” had died.

He passed away at the age of 65 at his home on Friday, his representatives confirmed to TheWrap Sunday. He was diagnosed with melanoma in 1992 and had been undergoing treatment since then.

Rebhorn, who appeared in more than 100 television shows, feature films and plays in a career that spanned five decades, also had a recent recurring role on the USA Network hit “White Collar.”

The prolific Rebhorn was at home playing buttoned-down WASP-y types including lawyers, politicians, doctors and military men, but could play a criminal, too.

He played the father of Claire Danes‘ CIA officer Carrie Mathison on “Homeland” and Special Agent Reese Hughes, head of the FBI’s Manhattan white-collar crime unit, on “White Collar.” He appeared on numerous legal and crime shows, including “The Practice,” “Third Watch” and “Boston Legal.” He was first seen as a brutal serial killer on NBC’s “Law & Order,” then later returned to the show in the recurring role of defense attorney Charles Garnett.

Early in his career he played several daytime roles, including abusive stepfather Bradley Raines on “Guiding Light” from 1983 to 1985, and as abusive father Henry Lange on “As The World Turns” from 1988-91.

He was appeared in the “Seinfield” series finale, as the man who lands Jerry, George, Kramer and Elaine behind bars. The Philadelphia native also appeared on “30 Rock,” “Enlightened,” “Katie & Allie” and “The Equalizer.”

“Jim was a consummate actor with whom I had the pleasure to work when we were young,” tweeted Frances Fisher of TV’s “Resurrection” early Sunday.

Rebhorn’s film career was extensive. One of his best known big-screen performances came in the popular 1996 movie “Independence Day,” in which he played Secretary of Defense Albert Nimzicki (“Excuse me Mr. President, that’s not entirely accurate.”) He also starred with Al Pacino in 1992’s “Scent of a Woman,” and as an expert witness in 1992’s “Vinny” with Joe Pesci and Marissa Tomei.

“I feel lucky to have known such a great person,” tweeted actor and director Mike Birbiglia. Rebhorn played his father in Birbiglia’s 2012 independent film comedy “Sleepwalk With Me.”

Rebhorn was a member of the Roundabout Theatre Company and most recently starred as a father stricken with Alzheimer’s in “Too Much, Too Much, Too Many.” He also appeared on stage in the original production of “I’m Not Rappaport”in 1985 and in revivals of “Our Town,” “Twelve Angry Men” and “Prelude to a Kiss.”