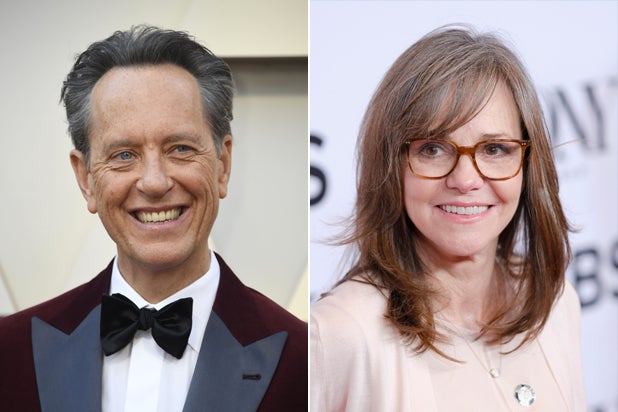 Created by and starring the “How I Met Your Mother” star, “Dispatches From Elsewhere” centers on a group of ordinary people who stumble onto a puzzle hiding just behind the veil of everyday life and come to find that the mystery winds far deeper than they ever imagined.

According to AMC, the 10-episode series will involve some form of viewer engagement “across multiple media platforms.” It is set to begin production this summer.

Segel is executive producer on the series alongside Scott Rudin, Eli Bush and Garrett Basch.

For Grant, the role comes fresh off an Oscar nomination for his role in the Melissa McCarthy-led Lee Israel biopic “Can You Ever Forgive Me?” He also recently finished the next installment in the “Star Wars” franchise, the still-untitled “Episode IX,” due for release in December. For Field, the role is her first series regular TV gig since starring in the ABC family drama “Brothers and Sisters” from 2006 to 2011. She also recurred on Netflix’s “Maniac” last year.

Lindley is best known for playing the mysterious “Hot Carla” on USA’s “Mr. Robot.” She will also appear in Netflix’s reboot of “Tales of the City” this summer. Her other credits include “Outsiders,” “High Maintenance” and the upcoming feature “Otherhood.”

Grant is repped by ARG and WME, Field is repped by UTA, and Lindley is with Stevie Smith at Station 3 Entertainment and Jackoway Tyerman.